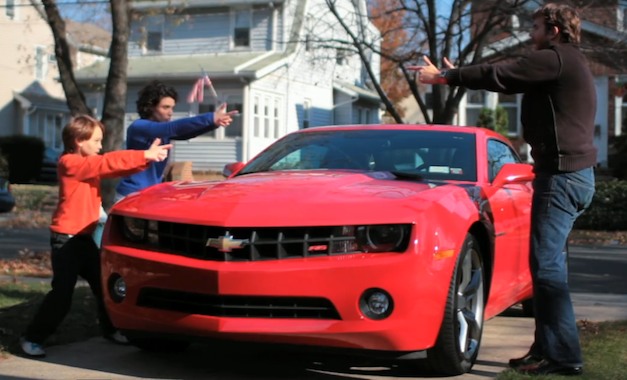 Apart from the main event, Super Bowl commercials can get just as much buzz as halftime shows with memorable campaigns. This year, Chevrolet decided to let fans in on the fun by giving one fortunate filmmaker the opportunity to have their work hit the millions of Super Bowl XLVI viewers. The automaker is holding a contest where fans from 32 counties submitted their visions for the “Everyday Hero” ad, and the video with the most shares will be the winner and have theirs aired during the sporting event.

A total of 197 entrees have been received by Chevy and global creative community MOFILM, including a video and the most creative answer to the question “If you could drive to any destination in your home country, where would you go?”.

“With Chevrolet Route 66, we wanted to tap into the talents of creative people from every corner of the Earth to discover our next Super Bowl ad,” said Joel Ewanick, General Motors vice president and global chief marketing officer. “The submissions we received show that people from around the world share many of the same values and how Chevrolet plays a role in helping them along life’s road.”

Unique user codes will be issued to each video, which can be viewed and shared at http://chevroletroute66.msn.com. In addition to having their video aired during the Super Bowl, the winner will also receive $10,000. Voting started yesterday and will run through January 25th.