So there have been a lot of rumors for the last decade or so about a possible BMW supercar, much like the original M1 from the 1970s. The rumor circulating the automotive desks was that BMW’s M-Division was considering a Mercedes-Benz SLS and Audi R8 competitor.

[quote float=”right”]I already firmly believe that we produce supercars, except that they’re two in one: an executive car with supercar performance.[/quote] And to see if any of these rumors were true, I popped the magic question when I sat down with BMW of North America’s M-Division Product Manager, Matt Russell. In his response, Russell said:

“A lot of people come to me and ask, does M need a supercar? We’ve had the choice to do something like that that when we were planning the 1-Series M Coupe. Amongst its development, we all pondered: do we do a supercar as in a mid-engined wedge, or some super high-priced front-engined wedge?,” said Russell. “We’ve discussed these possibilities. But ultimately, we didn’t feel the need to make a very exclusive high-end supercar and we still don’t. I already firmly believe that we produce supercars, except that they’re two in one: an executive car with supercar performance. They are the essence of BMW M-Cars.”

And Russell does share a fair point. He continued by sharing examples such as the current E92 M3 sedan explaining that it was “spot on with the Audi R8 V8 in terms of performance numbers like lateral G’s, braking and acceleration.” He also made his case with the new F10 M5, which recently pulled a 0-60 time of just 3.7 seconds in a CARandDRIVER test. 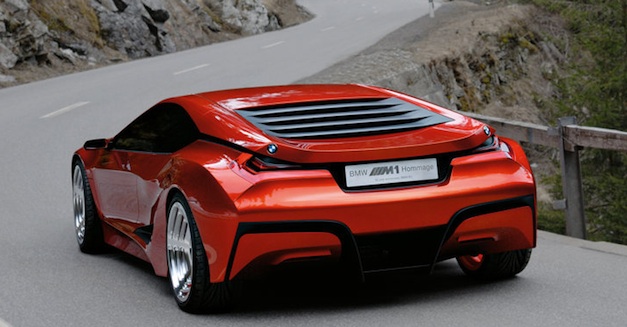 “The new M5 is undoubtedly a supercar from the driver’s seat. It can accelerate with a Lamborghini if not faster in some cases, it will brake with almost anything out there,” Russell elaborated. “And again, we like to build two cars in one: this is what M does. Nobody offers that perfect combination of a driver’s car and an executive car that you can use everyday. So technically, we already build supercars.”

[quote float=”left”]Performance wise, they’re not doing anything that we haven’t already done in a two-door sports coupe or four-door sports sedan.[/quote] But the question still stood. Mercedes-Benz has the SLS AMG, Lexus the LFA and Audi has the sexy R8. Wouldn’t it make sense for BMW to step into the game?

“I look at those cars in two different ways: cosmetically and at a performance stand point. Sure the Lexus, Audi, Mercedes and Porsche all created supercars with a great deal of sex appeal. But I see our M cars as sexy too,” Russell responded with much confidence. “Performance wise, they’re not doing anything that we haven’t already done in a two-door sports coupe or four-door sports sedan, thus there’s no huge performance breakthrough on those cars that we can’t create or sell at a lower price point. All of that said, we don’t think the BMW M buyer needs a super exclusive and super expensive car because of what they get from our current M-Cars. Most buyers already have second cars that have more of an emphasis on performance and BMW M shows the world how versatile and livable a supercar can be. BMW M cars are for those buyers who don’t want to make that sacrifice in performance for practicality.”

Needless to say however, we can pretty much lay any current rumors or assumptions to rest about a BMW supercar to compete with the Mercedes SLS… at least, for the time being.