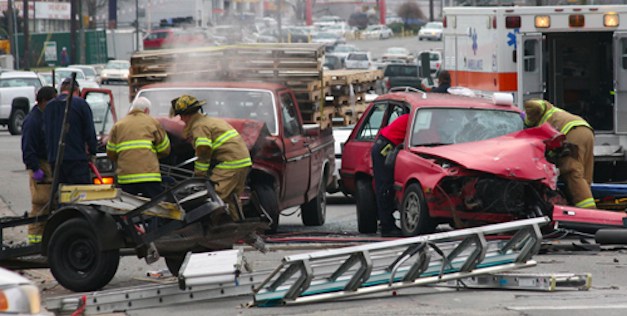 Americans traveled 46 billion more miles in 2010 then they did in 2009, but according a National Highway Traffic Safety Administration study, fatalities still remained on their 5 year decline.

Declines in fatalities were found in the majority of the categories, but increased in motorcycle, large-truck, and pedestrian accidents. NHTSA has found that 2010 marked the fifth year in a row to see a decline in fatalities, the longest since 1899, when the studies began.

Drunk driving accidents have decreased by 4.9%, with 10,228 fatalities caused by drunk drivers.

NHSTA also has a new study being tested that will track the number of ‘dstraction-affected crashes’, that concentrates on drivers who are talking on cell phones, talking to passengers, or making adjustments to the stereo.

In 2014, NHSTA expects to release another study concerning crash involvement and how the driver reacts to them.

Video: Fifth Gear shows you what happens when a Ford Focus crashes at 120 mph

October 25, 2011 Chris Chin Comments Off on Video: Fifth Gear shows you what happens when a Ford Focus crashes at 120 mph

September 11, 2009 Omar Rana Comments Off on Miscellaneous Thoughts: Steve-O and Green jump on Lambo, man gets 56 tickets in 13 mins, how Google Street works