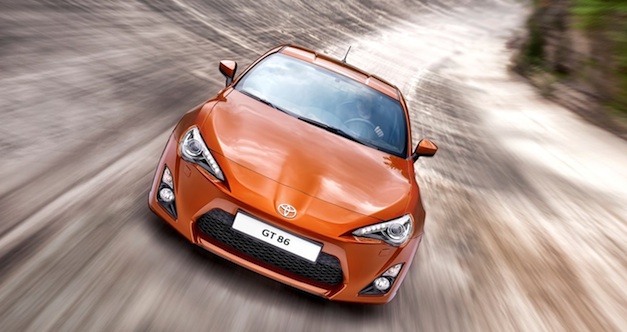 Toyota’s chief engineer, Tetsuo Tada suggested some supercharging may happen, which makes sense if we look at the traditional Toyota Racing Development (TRD) parts bin. In the past TRD has thrown superchargers at the Tacoma/Hilux and Tundra, so it makes sense for this new sports car to get a supercharger. No official word is out on power upgrades, but speculation suggests 50 horses added to the existing 197 bhp mill from Subaru.

Toyota has suggested though that they are significantly beefing up the suspension of the GT 86, which means that a bigger upgrade could be in the works. In the past, the 233 bhp motor in the Tacoma has been cranked up to 301bhp, so this means that the quick version of the Scion FR-S, as it’s known in the ‘states, could fight the Nissan 370Z with 60 coming in under five seconds and a top speed of over 150 miles per hour. This might not be the next Supra, but Toyota, have made sure that the car drifts properly, a first for the company.

As with the Subaru version, there is no word on when the quick version will happen. In Toyota’s case, it is unclear whether the TRD version will be its own trim level or available as an aftermarket package.