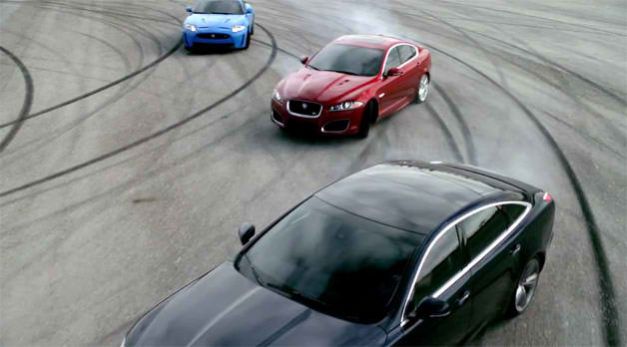 Jaguar is hard at work to reinvigorate their image after nearly two decades of producing cars that were a little too reminiscent of past. As a result, most people think of Jaguars as luxurious “old-people mobiles.”

But truth be told, Jaguar has a lot of motorsport and high-performance history and pedigree. And to make sure that the future generations know of Jaguar as a performance model, the brand has just released a new television advertisement in the US featuring their latest and greatest high performance cars.

“Jaguar represents distinctive design and pure performance. This new television spot truly communicates the excitement surrounding the brand with our new high performance line-up,” said David Pryor, Brand Vice President of Jaguar North America, LLC. “The ad boldly shows off the three highest performing models in the Jaguar fleet, the XFR, XJL Supersport and XKR-S. We couldn’t be more proud of our 2012 model year collection and are thrilled to showcase it through a spot that reflects a new, progressive approach to the brand.”