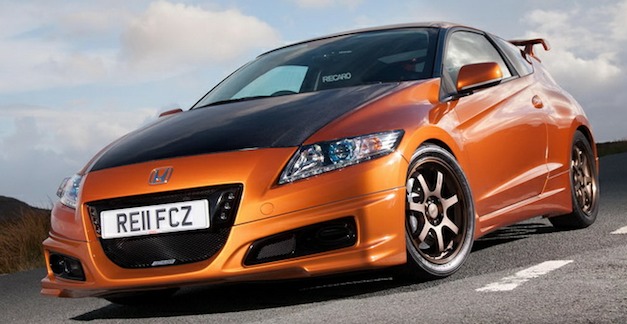 At the Goodwood Festival of Speed earlier this year, Honda surprised hot-hatch fans with the Honda CR-Z Mugen RR – a supercharged 1.5-liter CR-Z equipped with an IMA hybrid system, pumping out 197-hp and 181 lb-ft of torque. That gave it the ability to go from 0 to 60 mph comes in at approximately 6.6 seconds.

As outstanding it was, Honda kept saying that the CR-Z Mugen RR was just a concept… until now.

Honda of UK confirmed today that it has joined forces with Mugen Euro to launch a hybrid CR-Z called the ‘Honda CR-Z ICF.’

Mugen Euro engineers worked on the 1.5 liter unit giving it a centrifugal forced air induction system, charge-air cooler and induction system and a remapped ECU. That allows the Honda CR-Z ICF to produce a nice 173-hp, which helps it to hit a top speed of 130+ mph and allows it to run o to 62 mph in just 6.1 seconds – that’s over 3 seconds quicker than the standard CR-Z.

“MUGEN Euro magic has created a super responsive yet eco-conscious model building on our sporting credentials and giving us the ability to compete in the “hot hatch” marketplace as we move into 2012,” said Martin Moll, Head of Honda marketing.

Honda confirms CR-Z and Fit Hybrid for Japan in 2010, working on mid- large-sized hybrid as well

July 13, 2009 Omar Rana Comments Off on Honda confirms CR-Z and Fit Hybrid for Japan in 2010, working on mid- large-sized hybrid as well 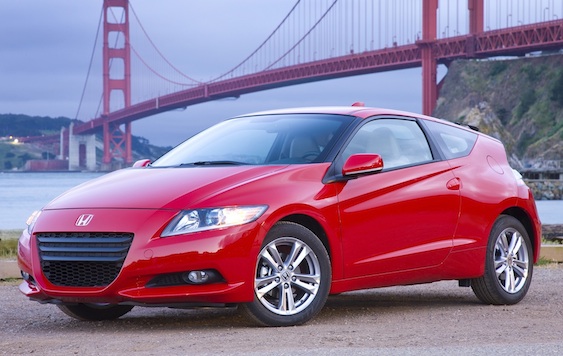