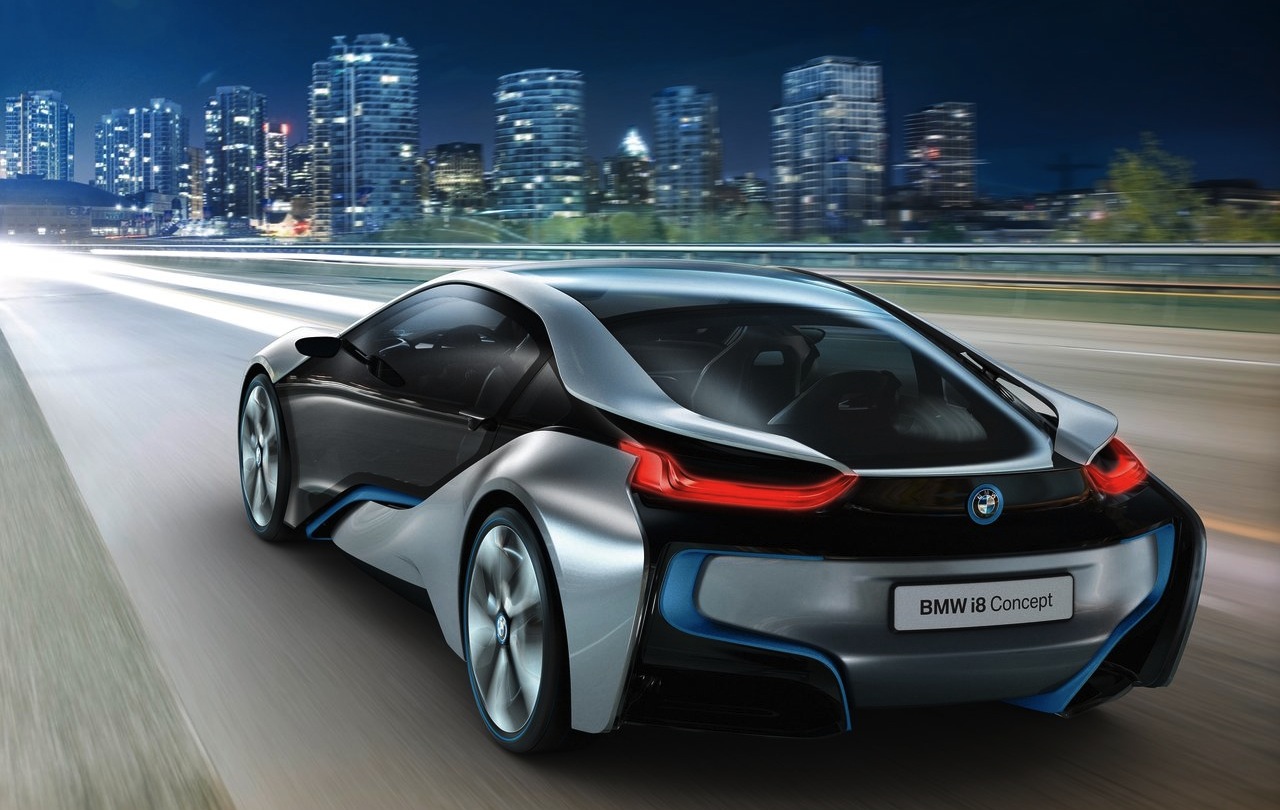 BMW has been hard at work with their sustainable living projects, which have ultimately spawned the i3 city car and the new i8 concept. And to keep up with its exposure, BMW has just unveiled the i8 Concept in North America today at the 2011 Los Angeles Auto Show.

Power for the BMW i8 Concept comes from a modified electric-motor found in the i3. It drives the front axle while a 1.5 liter 3-cylinder gasoline engine making 220-hp and 221 lb-ft of torque moves the rear axle. Working together, the system makes 349-hp and 405 lb-ft of torque. Mated to a twin-speed transmission, the BMW i8 runs from 0 to 62 mph in less than 5 seconds with a top speed of 155 mph.

On a full charge of its lithium-ion battery, the BMW i8 can go 20 miles in full electric mode. While no total range has been provided, rumors say that the i8 is capable of going more than 400 miles on a full tank of gas and full charge. Estimated fuel-economy for the BMW i8 Concept comes in at 78 mpg.