Ever since the beginning of time, Lamborghini has been known as the all-wheel-drive, go hard, supercar. In 2009, the company released the new Gallardo with all-wheel-drive, then later created a ‘Balboni’ limited-edition with rear-wheel drive for those that like power sent to the back (along with Balboni, Lambo’s test driver himself).

According to recent reports, Lamborghini will now offer the same to Gallardo Spyder lovers that desire some rear-wheel-drive fun as well.

The Gallardo Spyder is badged as the LP560-4 so we can expect the rear-wheel-drive version to be called LP550-2 Spyder. With that badging we’re guessing that power from the 5.4 liter V10 will be turned down by 10 horses – however, the model should be slightly lighter than the all-wheel-drive drop top.

Lamborghini’s ‘LP550-2’ should also come with a slightly smaller price tag, dropping about $14,000 off the starting price. 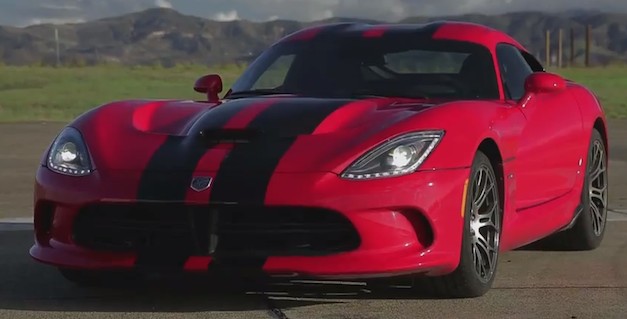 Video: MotorTrend takes the 2013 SRT Viper for a spin

December 27, 2012 Omar Rana Comments Off on Video: MotorTrend takes the 2013 SRT Viper for a spin