General Motors is outlining the history of the Chevrolet bowtie logo that was introduced by the company’s co-founder William C. Durant in 1913.

“Durant’s version of how the logo came into existence is well known,” GM said a statement. “The long-accepted story, confirmed by Durant himself, was that it was inspired by the wallpaper design in a Parisian hotel.”

Hit the jump to read the history on the Chevy logo.

According to The Chevrolet Story of 1961, an official company publication issued in celebration of Chevrolet’s 50th anniversary:

“It originated in Durant’s imagination when, as a world traveler in 1908, he saw the pattern marching off into infinity as a design on wallpaper in a French hotel. He tore off a piece of the wallpaper and kept it to show friends, with the thought that it would make a good nameplate for a car.”

However, conflicting accounts have emerged, each of which is plausible enough to deepen the mystery and suggest it may never be solved. Two of the alternate origins come from within the Durant family itself.

In 1929, Durant’s daughter, Margery, published a book entitled, My Father. In it, she told how Durant sometimes doodled nameplate designs on pieces of paper at the dinner table. “I think it was between the soup and the fried chicken one night that he sketched out the design that is used on the Chevrolet car to this day,” she wrote.

More than half a century later, another Bowtie origin was recounted in a 1986 issue of Chevrolet Pro Management Magazine based on a 13-year-old interview with Durant’s widow, Catherine. She recalled how she and her husband were on holiday in Hot Springs, Va., in 1912. While reading a newspaper in their hotel room, Durant spotted a design and exclaimed,  “I think this would be a very good emblem for the Chevrolet.” Unfortunately, at the time, Mrs. Durant didn’t clarify what the motif was or how it was used.

That nugget of information inspired Ken Kaufmann, historian and editor of The Chevrolet Review, to search out its validity. In a Nov. 12, 1911 edition of The Constitution newspaper, published in Atlanta, an advertisement appeared from by the Southern Compressed Coal Company for “Coalettes,” a refined fuel product for fires. The Coalettes logo, as published in the ad, had a slanted bowtie form, very similar to the shape that would soon become the Chevrolet icon. Did Durant and his wife see the same ad – or one similar – the following year a few states to the north? The date of the paper was just nine days after the incorporation of the Chevrolet Motor Co.

One other explanation attributes the design to a stylized version of the cross of the Swiss flag. Louis Chevrolet was born in Switzerland at La Chaux-de-Fonds, Canton of Neuchâtel, to French parents, on Christmas Day 1878.

Whichever origin is true, within a few years, the bowtie would emerge as the definitive Chevrolet logo. An October 2, 1913 edition of The Washington Post seems, so far, to be the earliest known example of the symbol being used to advertise the brand. “Look for this nameplate” the ad proclaims above the emblem. Customers the world over have been doing so ever since.

Many variations in coloring and detail of the Chevrolet bowtie have come and gone over the decades since its introduction in late 1913, but the essential shape has never changed. In 2004, Chevrolet began to phase in the gold bowtie that today serves as the brand identity for all of its cars and trucks marketed globally. The move reinforced the strength of what was already one of the most-recognized automotive emblems in the world. More than 4.25 million Chevrolets were sold in more than 120 countries and regions during 2010. 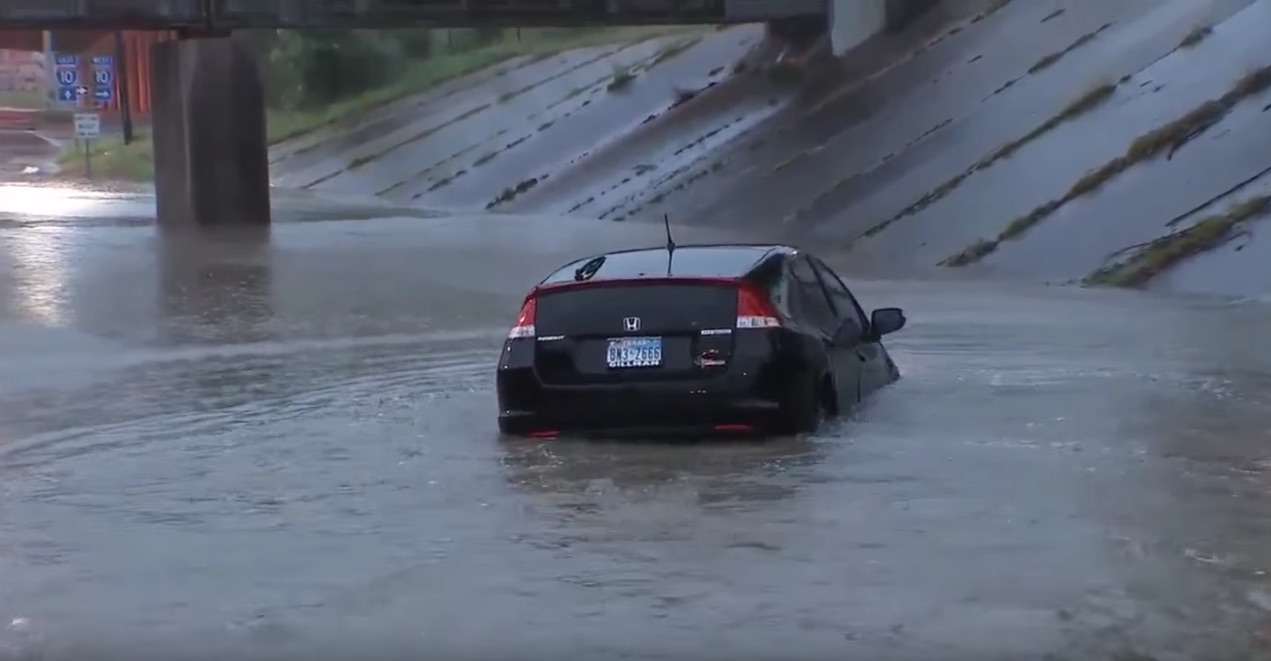 Video: Watch someone lose their car in slow motion from the recent flooding in Houston

April 18, 2016 Chris Chin Comments Off on Video: Watch someone lose their car in slow motion from the recent flooding in Houston 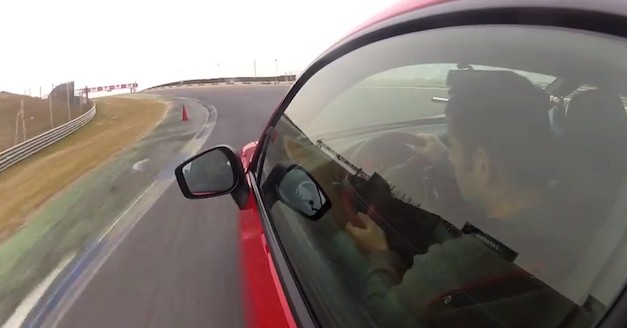