With cameras and witness phone calls, police caught many drivers in a group of 13 that were driving sports cars at speeds estimated to be over 120mph, however, are unable to go forward with more charges.

Police have the cars on film near the George Massey Tunnel, but there is nothing there to get the drivers on speeding charges. Norm Gaumont, RCMP traffic services; Supt. says “We already checked the cameras… nothing dangerous happened in the tunnel.”

The drivers are being charged with driving without due consideration for others. They are also facing multiple fines, including $196 ticket, $300 in penalty points premium, and towing and storage costs of approximately $350.

Consisting of 12 men and one woman, the group of drivers were all under 21, and many still had a novice license. Only one of the 13 actually owned the vehicle they were driving. All of the vehicles are impounded for seven days. The vehicles include three Lamborghinis, three Nissans, a Ferrari, an Audi, and Aston Martin, and two Mercedes.

The drivers with novice licences are having them reviewed for possible further penalty, however Gaumont says “We don’t have police officers who observed the offence, and we don’t have lasers and radars that have the speeds. We have to really depend on third-party individuals who had called in.”

Gaumont still believes that Surry has sufficient street racing deterrents, despite the incident. 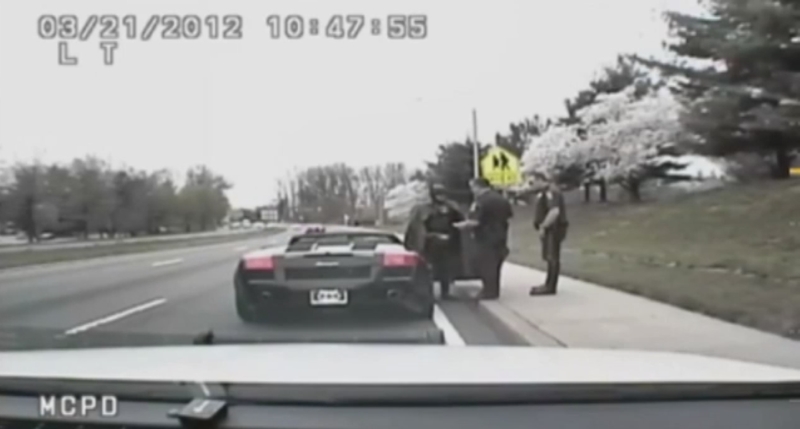 Report: The famous “Route 29 Batman” killed after breaking down on the highway

ASI working on an aero kit for the Ferrari 458 Italia

September 24, 2009 Omar Rana Comments Off on ASI working on an aero kit for the Ferrari 458 Italia