We all know about the most expensive Cooper that Mini makes. Known as the Mini Inspired by Goodwood, the hatchback made its debut earlier this year at the 2011 Shanghai Motor Show. The model made its stateside debut today at the 2011 Pebble Beach Concours d’Elegance in California and will be priced in the U.S. at $52,000.

The Mini Inspired By Goodwood is the result of a collaboration between Mini and the Rolls Royce’s design team. The model features an exterior and interior design inspired by exclusive materials including walnut burr veneers on the instrument panel and door pulls, Corn Silk beige leather on the fascia, center console, seats, door sides and pillar trim, and deep lambswool fleece carpets.

Power for the Mini Inspired by Goodwood comes from a 1.6L 4-cylinder turbo unit making 181-hp with a peak torque of 177 lb-ft (which can be increased to 192 lb-ft while using Overboost function). 0 to 60 mph comes in 6.6 seconds.

You can learn more about the Mini Inspired by Goodwood here.

Woodcliff Lake, NJ – August 18, 2011 — MINI fans in the US will have their first chance to see two exciting and very different, new MINI vehicles at the world-famous Pebble Beach Concours d’Elegance in California this week. Both vehicles can be found at the MINI Display, located at the intersection of Pedestrian Walkway and 17-Mile Drive.

The MINI INSPIRED BY GOODWOOD is an exclusive special edition of the MINI Hardtop which has been produced in close collaboration with the Rolls-Royce Motor Cars design team, and it will be displayed alongside the new two-seater MINI Coupe which will also be shown publicly in the USA for the first time.

MINI INSPIRED BY GOODWOOD adds another layer to the MINI brand experience, bringing a generous measure of automotive luxury and exclusivity in its highest form. It will be priced at $52,000 (including $700 D&H), when advanced orders begin later this month.

Working with the development center of Rolls-Royce in Goodwood, England, MINI has produced a limited-run special edition MINI, whose exterior and interior design is complemented by fine materials and the British luxury car marque’s commitment to flawless workmanship.

It will be produced in a limited edition of 1,000 units – 140 of which will be available to US customers – and combines typical MINI driving fun with the same discerning craftsmanship, select materials, styling and all-round ‘typical British understatement’ that are hallmarks of the world’s leading producer of luxury automobiles.

Deliveries of the 2012 model year vehicle, which will be launched as part of the exclusive ‘MINI Yours’ range of special edition vehicles and options, are scheduled to start in the second quarter of 2012.

Two of the most striking features of the exterior design are the body finish in the exclusive Rolls-Royce color of Diamond Black metallic and 17-inch light alloy wheels sporting a multi-spoke design. Alternatively, the MINI color Reef Blue metallic can be specified.

Inside, the dashboard (including the surrounds of the central instrument and the air vents), the center console, carpet surfaces, the Lounge leather seats, the roof lining as well as the door, side and body pillar cladding boast the exclusive Rolls-Royce color Cornsilk, a warm and natural shade of beige. Only the upper section of the instrument panel is in black.

Each MINI Inspired by Goodwood is powered by the turbocharged 1.6-liter four-cylinder engine that was featured for the first time in the 2011 MINI Cooper S. This engine includes a Twin Scroll turbocharger, direct injection and variable valve control and generates 181 hp, so the sprint from 0 to 60 mph is completed in 6.6 seconds. A choice of either six-speed manual and automatic transmissions will be offered.

The first two-seater in MINI’s line-up is focused on delivering optimum performance. As a result, the new car radiates the brand’s hallmark go-kart feeling with a whole new depth of intensity and achieves the best performance statistics ever recorded by a volume-produced MINI. It is the fastest-accelerating MINI ever (0-60 mph in 6.1 sec) and has the highest top speed, 149 mph.

Strictly a two-seater concept with extended stowage and loading capacity behind the driver and passenger seats, the MINI Coupe features oval recesses in the roof liner to provide extra headroom for the driver and front passenger. With its extremely high-opening tailgate and large luggage area with through-loading facility, the MINI Coupe delivers outstanding versatility for everyday driving.

Three versions of the MINI Coupe are available to order now with starting prices ranging from $22,000 to $31,900, based on engine option. 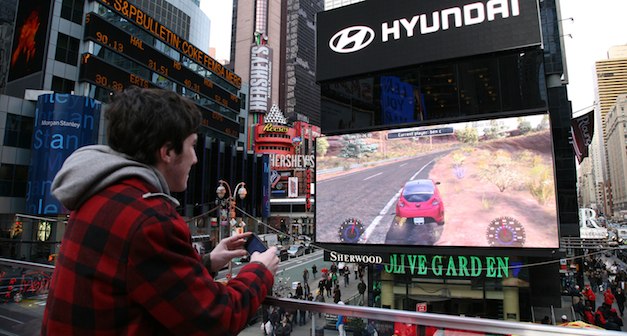