General Motors has had a rough history for nearly the past several decades. And in several attempts to reinvigorate themselves, they fell rather short. Some were just half-assed efforts; others were so bold and ambitious that they weren’t appealing. However, as I’m sure you know, we still give credit to the Detroit automaker for how far they’ve come so far since their resuscitation. But how far are they going to go? General Motor’s Global Chief Marketing Joel Ewanick is thinking big. So big in fact, that in a press conference, Ewanick said loud and clear that he wants to make General Motors be like Apple.

“We understand our direct competitors are Toyota, Volkswagen, Hyundai — a very, a very strong competitor, one that I know well and is going to be very formidable — and Ford, obviously,” said Ewanick. “But it’s time to clearly differentiate our brand and align closer to a true global brand like an Apple. It’s time for an automotive company to step out and address consumers and their needs in a way that’s never been done before.”

Analyzing the press conference was automotive marketing and social-media expert Kathi Kruze. She called Ewanick’s goal “interesting,” in a commentary.

“They need to design some amazing cars that are visually stimulating,” said Kruse, who has more than three decades of experience in the car business and now runs her own Anaheim, Calif.-based consultancy, Kruse Control. “If GM can capture how good people feel when they purchase an Apple product, they can succeed.”

Kind of sounds like what I mentioned in my last editorial about GM needing to continue to work on their products.

GM’s CEO Dan Akerson was also in attendance with Ewanick at the conference.

“Brands have to be clear, powerful and distinct in the marketplace,” Akerson said. “As hard as it was to go through bankruptcy, and perverse as this may sound, we had eight brands in the marketplace and we went to four. We cleared a lot of confusion and gave broader swim lanes to our (current) brands so we could make a distinction between brands and build equity and attributes.”

In some closing statements, both Akerson and Ewanick likened their goals to what Lexus achieved at their debut in 1989.

“It’s analogous to what Lexus did to the world in 1989… pushed the luxury market in a different direction, and everybody had to follow. It was a brilliant move,” Ewanick said. “This is a little bit of the same way. It will change the fabric of our culture. Chevrolet and Cadillac will set the tone for GM’s portfolio — how we address the market, how we bring technology to the market. We have a plan and we’re working on that plan.”

Could the General once again be over his head? Interestingly enough, I think otherwise. Having sat in an interview with Mr. Ewanick himself, he very well seems rational, yet confident in what he was doing. Let us not forget that he also was an integral part of the reason Hyundai has been extremely successful in the last several years. So that said, I have my confidence in Mr. Ewanick and his plans with GM. 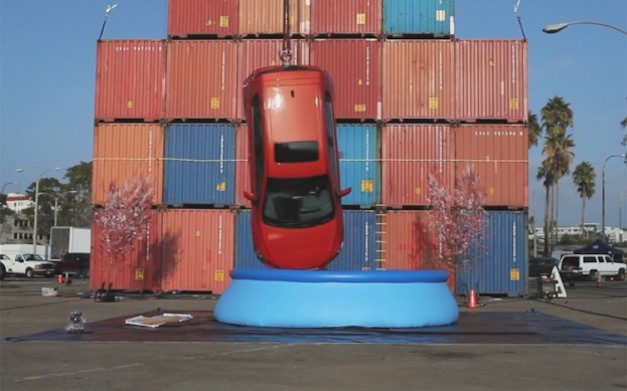