The Suzuki Swift is one of the few models offered by the small Japanese make that the US of A doesn’t see. And we don’t quite understand why. To add insult to injury for us, Suzuki has just unveiled details for its latest hot Swift hatchback.

The Suzuki Swift lineup was given a solid update last year and along with the update, Suzuki unveiled the Swift S-Concept, which was designed to be a GTi-like version of the Swift. Now, the concept made it into production and picks up the Swift Sport name once again.

The engine at first doesn’t sound like much. Basically, Suzuki took the standard engine in the Swift, which is the M16A 1.4L four banger and increased the displacement to 1.6L and mated to a six-speed manual. The results are 134hp and 118 lb-ft of torques. Again, doesn’t sound like much but considering the Swift’s light weight and small proportions, the 1.6L should pack plenty of punch for the car.

The suspension too has been reworked to improve handling. Other differences include bespoke bodywork and wheels and much more.

Not many other details have been released, but we could expect more to pop up as we get closer to the official debut at this year’s Frankfurt Motor Show in September. 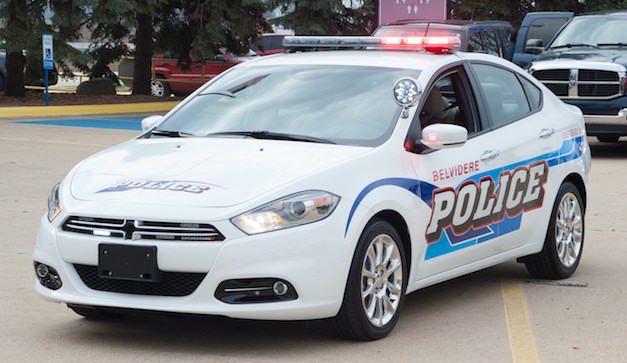 Dodge Dart Police Car is for ceremonial purposes only

November 25, 2012 Omar Rana Comments Off on Dodge Dart Police Car is for ceremonial purposes only