As Ford has been going global with the latest Focus, we used to be jealous of how much better the European Focuses were compared to our North American version. And it still is that way…somewhat.

Rumor has it that Ford is considering an RS version of the latest generation global Ford Focus. This hint comes from Gunnar Herrmann, Ford’s global boss for small cars during a small press conference this pas week.

While the outgoing Focus RS had a lot of tire-smoking power going to the front wheels, the new Focus RS will have more power and still have the power going to the front wheels. With the last model already punching almost more than 300 horses, it’s hard to imagine how much more they can push at the wrong wheels without having handling issues. However, with their special MacPherson-based suspension called the RevoKnuckle, the boffins at Ford have somehow made it work on the MkII RS.

“I think we stay with our two-wheel-drive strategy [for the new RS], which I think was well executed [for the previous version],” said Herrmann.

Speaking also of the RevoKnuckle the same sort of technology will be carried right over to the new Focus RS, which is expected to launch sometime in 2013 or 2014.

One change that could be made though with this new Focus RS is the smaller engine. Herrmann admitted himself that the 2.5L Volvo-sourced turbocharged five banger was a great engine, but due to the trend to reduce fuel consumption by using small forced induced engines, the engineers at Ford are heavily toying with getting more power out of the 2.0L turbocharged four-banger in the lower ST.

Ford however still has plenty of time to perfect the new Focus RS. And as I was saying in the intro, there’s no word of its launch here on North American soil. So it may be the same case as it was before, leaving us drooling over the better versions of cars that everyone else gets to enjoy but US. Let’s hope that will change as we get closer to the launch date. 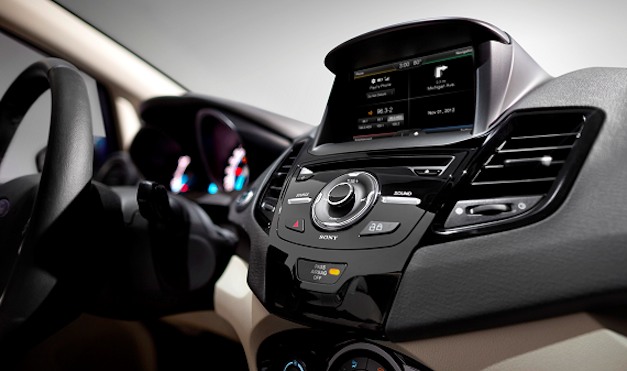