Ford has just announced that it will be reducing the price of their SYNC system by $100 so that a broader range of customers can equip their cars with the latest in hands-free and in-car entertainment technology.

“Ford SYNC is making a difference. Our customers love it and recommend it, and our dealers want it on more products,” said Ken Czubay, Ford vice president, U.S. Marketing, Sales and Service. “SYNC already has brought hands-free, voice-activated in-car connectivity to millions, helping keep drivers’ eyes on the road and hands on the wheel. Now, Ford is making it even easier for customers to afford exactly what they want.”

Additionally, Ford also said that they conducted some studies show that 55% of smartphone owners prefer voice commands for their in-car user interface. So the SYNC has been made available at a cheaper price to ensure its availability for almost anyone buying a new Ford, which then translates into safer driving by keeping drivers from hand-held cell phone distractions through hands-free connectivity.

Launching first on the 2012 Ford Explorer and Edge, SYNCwill now be available as optional equipment on base trim levels, marking broader availability and more choice for customers. Vehicles next in line after the 2012 Explorer and Edge include the 2013 Ford Taurus, Focus, Escape and Flex.

“As the list of states banning hand-held calls and texting while driving continues to grow and legislators ponder a nationwide ban, Ford is strengthening its leadership position as the only full-line automaker with plans to offer available hands-free mobile device connectivity on 100 percent of its passenger vehicle lineup,” said Czubay. 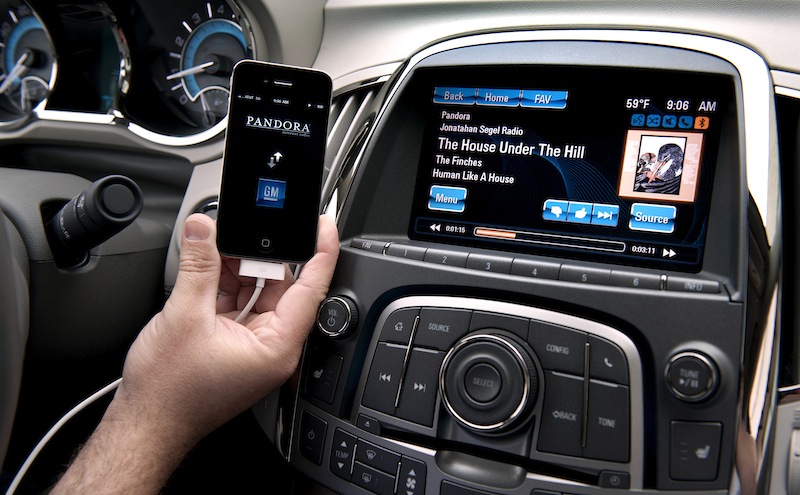 July 30, 2012 Omar Rana Comments Off on All 2013 Buick models to get IntelliLink infotainment system as standard feature