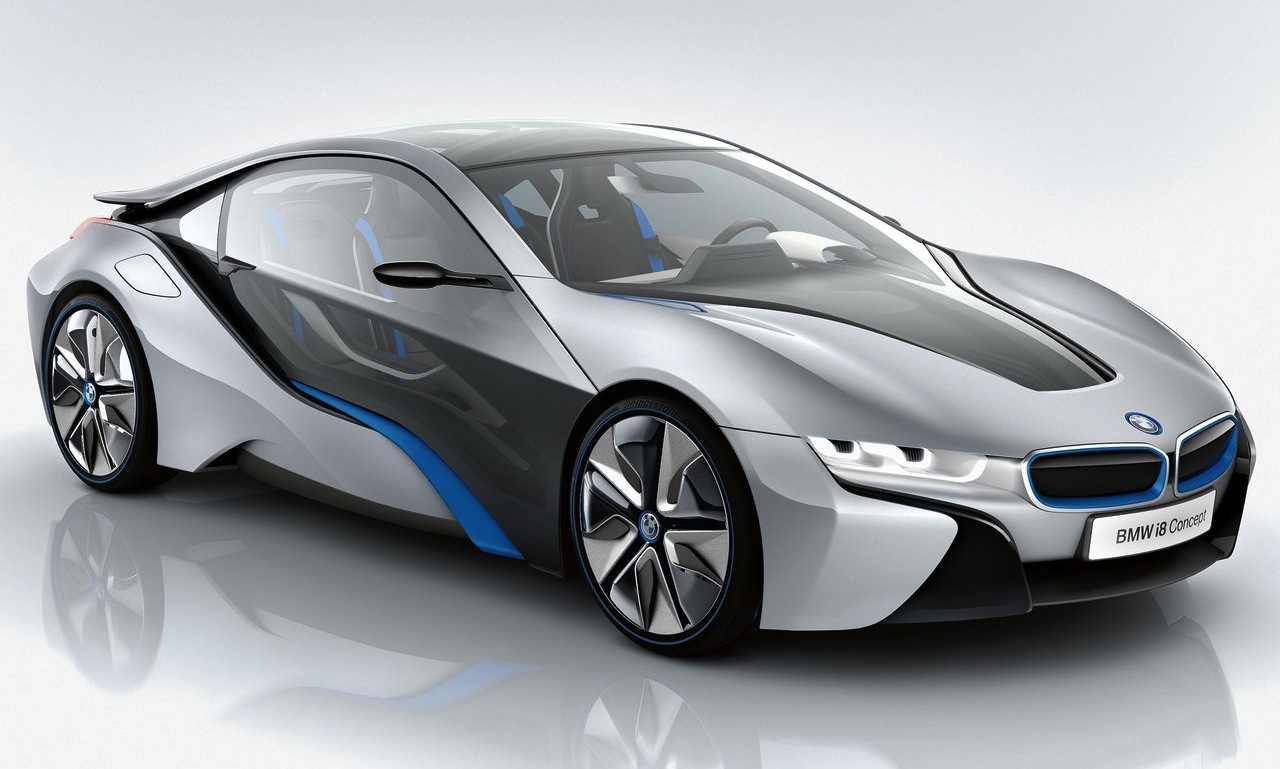 Along with the new BMW i3 Concept, the German automaker today also unveiled the BMW i8 Concept, a production version of which will go on sale in 2014.

“The BMW i8 Concept and the fascinating approach that underpins it embody the vision of a sustainable contemporary sports car brought to life,” BMW said in a statement. “Its innovative plug-in hybrid concept combines the modified electric drive system from the BMW i3 Concept.”

BMW’s LifeDrive architecture for the i8 has been adapted to enhance the mode;s sporty character. The electric-motor is fitted at the front axle module and combustion engine at the rear – both are connected by an ‘energy tunnel’ that houses the high-voltage battery. The setup gives the BMW i8 a low center of gravity and optimum 50/50 weight distribution.

The BMW i8 Concept measures 182.4 inches in length, 77.0 inches in width and 50.4 inches in height – that makes it a littler longer and wider than the 3-Series coupe.

Power for the BMW i8 Concept comes from a modified electric-motor from the i3. It drives the front axle while a 1.5 liter 3-cylinder gasoline engine making 220-hp and 221 lb-ft of torque moves the rear axle. Together, the system produced 349-hp and 405 lb-ft of torque. Mated to a twin-speed transmission, the BMW i8 runs from 0 to 62 mph in less than 5 seconds with a top speed of 155 mph.

On a full charger of its lithium-ion battery, the BMW i8 provides all-electric driving range of approximately 20 miles. While no total range has been provided, sources say that BMW i8 is capable of going 400 miles on a full tank of gas and full charge of its lithium-ion battery. Estimated fuel-economy for the BMW i8 Concept comes in at 78 mpg (official EPA fuel-economy will be announced closer to launch).