Two new versions of the Mitsubishi i-MiEV were released on Wednesday, but neither will be hitting U.S. soil. The less expensive, and heavier price-tagged versions will be released only in Japan.

The i-MiEV M takes it down a notch, being sold at $32,140. This model can only travel up to 75 miles, which is 25 miles less then previous versions. Mitsubishi says this targets the consumer that does most of their driving very locally. The M is available later this month.

A step above the i-MiEV is the G model. The G’s base price is $46,975, and gets a good handful of options. One that stands out is “pre-activated air-conditioning”, plus leather-wrapped steering wheel and LED head lamps. There is even a remote system available to set up automatic charging for the battery. Expect to see this version by late August.

As for the U.S. missing out on the new models? Mitsubishi Motors North America Spokesman Maurice Durand says “There are no plans to bring either to the States…Remember that the North American version of the i-MiEV (known only as the i) is unique. It is a larger, heavier version with more safety equipment.”

North America gets the best pricing on the model, partly due to decreasing battery costs, with a price tag starting at $28,850. Don’t forget to cash in the $7,500 federal tax rebate if you do decide to pick one up, or its biggest competition, the Nissan Leaf.

Tokyo, July 6, 2011 – Mitsubishi Motors Corporation (MMC) announced today that it is to offer the i-MiEV new-generation electric vehicle in two trim levels. The entry-level “M” will be available at the readily affordable price of \1,880,000 after receipt of the Ministry of Economy, Trade and Industry’s eco-car subsidy. The higher-level “G” will sport a more comprehensive equipment and trim specification with extended cruising range per charge and the “MiEV Remote System” that allows the owner to set the time he wants battery charging to start and finish and to pre-activate the climate control system before entering the car. The M model will debut in Mitsubishi dealer showrooms throughout Japan on July 25 and the G model in the middle of August carrying a price tag ranging from \2,600,000 to \3,800,000 consumption tax inclusive.

When MMC first started delivering the i-MiEV ultimate eco-car to corporate, governmental and local authority users in July 2009, it was the first auto manufacturer to offer a car that fully addresses the issues facing the automobile today and including environmental pollution, global warming and exhaustion of petroleum-based energy supplies. To promote EV ownership on Japan’s roads, the company started sales of i-MiEV to individual customers in April 2010, reducing the ex-subsidy price from \4,599,000 to \3,980,000. Since then the company has sold around 4,000 units in Japan and has exported a total of over 10,000 units including those supplied to PSA Peugeot Citroen.

Reflecting the views and wishes of customers over two years of sales who were calling for a longer cruising range and lower price, the major change seen in the new i-MiEV is the introduction of two trim levels to give the customer a choice. In addition, basic vehicle performance and the equipment specification have been upgraded to realize a significant improvement in product content. The cruising range per charge has been extended by linking brake pedal usage to the regenerative braking system while Active Stability Control (ASC) is now fitted as standard. The “MiEV Remote System” factory-fitted option gives the owner the convenience of using late-night and other off-peak electricity to charge the battery.

In addition to the promotion of solar and wind power and other renewable energy sources and the near-future realization of the smart grid, much attention is also being focused on the power storage capability of high capacity EV batteries as a power source for use in major disasters and other emergencies. Today more and more people are looking to the EV both as a means to address environmental issues and also to address the pressures on the demand and supply of energy. To meet these expectations, MMC is pushing forward research and development into related technologies. The company currently offers, as a dealer-fitted option, the AC Power Supply EZ adaptor that allows i-MiEV’s batteries to be used to power domestic electrical appliances up to a rating of 100W. And the company is aiming to bring to market during fiscal 2011 an adaptor that will enable i-MiEV’s batteries to power domestic appliances up to a total rating of 1500W.

Source: Mitsubishi (via Inside Line)

Hyundai Blue2 Concept hints at future sedans from the brand

March 31, 2011 Omar Rana Comments Off on Hyundai Blue2 Concept hints at future sedans from the brand 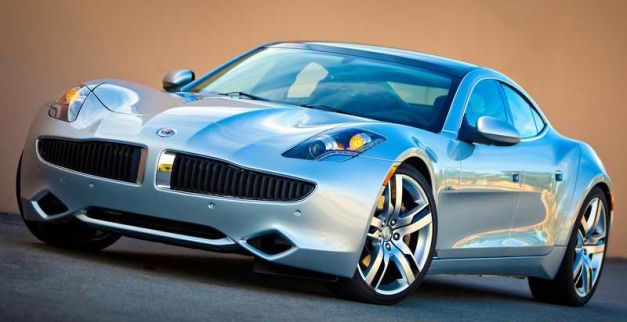