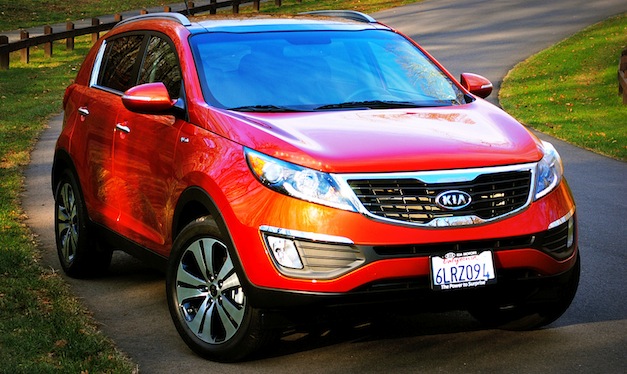 At age 16, the Kia Sportage is the longest running nameplate for the Korean brand in the United States. Just by looking at the redesigned model you can tell that it’s come a long way since its debut in the mid-1990s. All of that credit goes to former Audi head of design Peter Schreyer, who has now dedicated his life to helping Kia top off the brand’s existing dependability and value with style and panache.

The new 2011 Kia Sportage is longer, lower and wider than its predecessor and, let’s face it – it’s one of the best looking models in the compact crossover segment aka the CUV segment. But is the new Kia Sportage just about looking good or does it actually go above and beyond to offer you more than its competitors? Let’s find out. 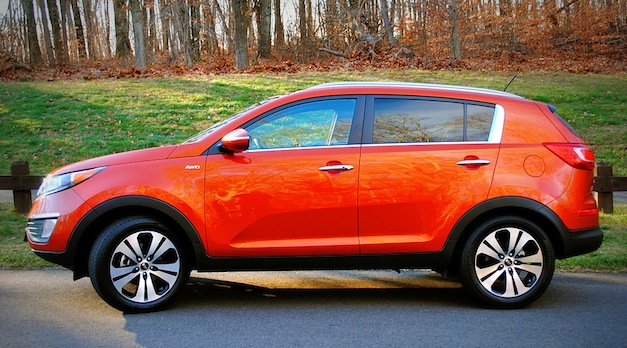 [quote float=”left”]Heck, if you ask us, the 2011 Kia Sportage is much better looking than the Honda CR-V, Toyota RAV4…[/quote] As we already mentioned, we think that the 2011 Kia Sportage is one of the best looking vehicles in the CUV segment. Taking styling elements from the Kia Kue Concept, the 2011 Sportage carries a stronger presence than the older models with a high beltline, sweeping angles and pronounced wheel flares.

It’s almost as if Peter Schreyer and his design team focused on making the new Sportage a modern and clean CUV that goes way beyond the dull looks of older-generations.

Some of the features that highlight the exterior appeal of the 2011 Kia Sportage include the LED daytime running lights, a distinct C pillar that gives the look of solidity, a dynamically sculpted hood and a clean and contemporary look with pronounced tail lights.

Heck, if you ask us, the 2011 Kia Sportage is much better looking than the Honda CR-V, Toyota RAV4, Nissan Rogue and the Mitsubishi Outlander Sport. 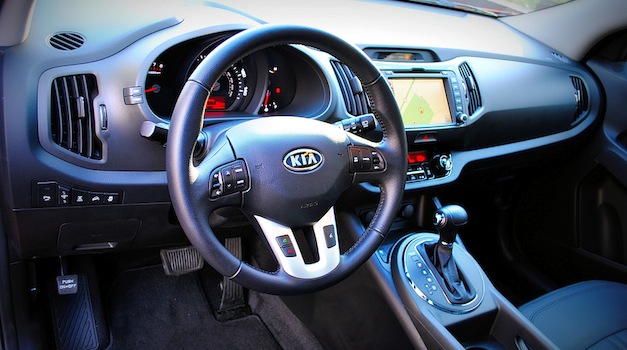 Already surprised that we’re talking about a Kia here? Wait until you take a seat inside. Prior to their huge makeover, Kias were known for using plastics that you’d only find on toys stuffed under your Christmas tree but things have changed for the better.

The interior of the 2011 Kia Sportage is nicely designed, carries plenty of gadgets and gizmos and is very well built for a model in its price range.

[quote float=”right”]The interior of the 2011 Kia Sportage is nicely designed, carries plenty of gadgets and gizmos and is very well built for a model in its price range.[/quote] The base 2011 Kia Sportage comes with some impressive standard features including dual-zone automatic climate control, power windows with one-touch down for the driver’s window, AM/FM/CD/MP3/Sirius with 4 speakers and door mounted tweeters. The list goes on with USB/AUX jacks for your iPod and other MP3 players, Bluetooth, steering-wheel mounted audio/Bluetooth/cruise-control buttons and a trip computer on the driver-side dash. 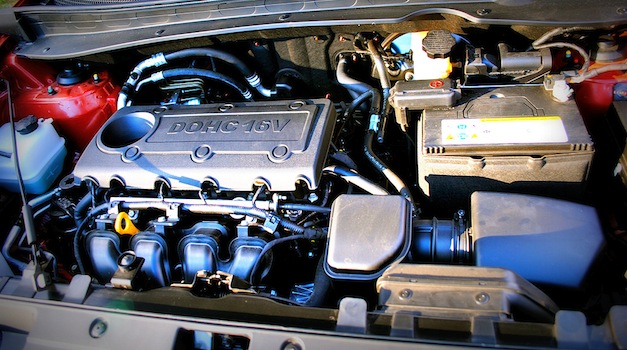 Perfectly suited for on-road driving through the city or on the highway, the 2011 Kia Sportage is a great daily driver – however, the suspension is tuned somewhat firmer than its competitors so it’s a little bumpy on poor roads. Kia does offer the Sportage with a Dynamax AWD system, but it’s not something you really want to go off-roading with. However, the all-wheel-drive system on the 2011 Kia Sportage is good for those living in cold states that need all four wheels running during adverse weather conditions.

When compared to its rivals, we wish the 2011 Sportage would offer a slightly softer ride and better steering response. Nonetheless, we were pretty impressed with the Sportage cornering performance. Also, with one of the lowest curb weights (3,186 pounds) among its competitors, acceleration is pretty smooth.

For those looking for some more power, Kia does offer a 2.0-liter turbo GDI engine making 260-hp and 269 lb-ft of torque. 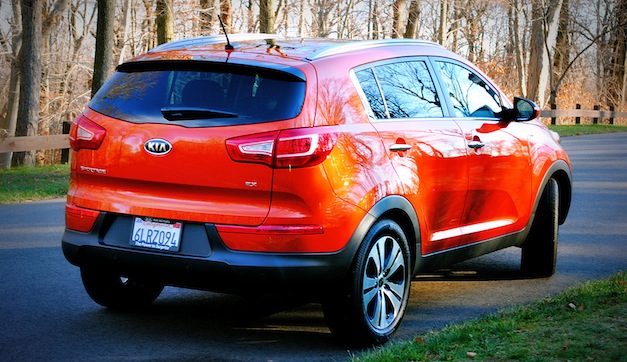 While the Honda CR-V and the Toyota RAV4 continue to dominate the compact crossovers segment, Kia’s Sportage is back with a striking new design, improved quality throughout and plenty of high-end features to steal a nice piece of the pie. The new Sportage has already outscored other competitors including the Mitsubishi Outlander Sport and the Nissan Juke in Consumer Reports’ recent test of three small crossovers.

Kia, you have our attention. 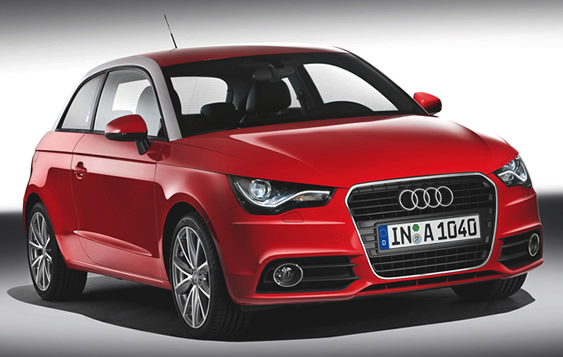