In May, Consumer Reports conducted a study with approximately 1,000 adult car owners in the US and it showed that a very good number of those owners were not planning on downsizing their cars for the next purchase, despite all of the push for more fuel efficient offerings and green motoring.

This shouldn’t be a surprise. Since America has a long traditional history in motoring about in cars that were ultimately land barges or gas-sucking SUVs, most of America’s motorists view small-cars as if they’re the cockroaches of the road. Not to mention because of this history, Americans continue to favor the “sturdy and safe” feelings of large real estate on wheels and still cringe at the idea of small cars being seen as limited offerings in terms of luxury and features, which again, American motorists love.

As a result, small car sales still tend to be rather low. In order to fix this because companies are being pressed to sell their most fuel-efficient cars in large numbers—those being compact and sub-compact automobiles—due to future CAFE regulations, companies are looking to increase the number of features in small cars.

“One of the most popular features on the Fiesta is heated leather seats,” said Ford CEO Alan Mulally in a press conference discussing FoMoCo’s first-quarter profit.

Despite the increase in sales for some, analysts are still worried that automakers will see a significant decrease in profits as Americans slowly downsize their cars of choice.

“Many of these people are moving from large cars or luxury vehicles,” said Ford’s Manager of Marketing, Robert Parker. “Remember we launched Sync on the Focus. The size of the vehicle will not determine the level of technology in it.”

Besides increasing the amount of standard options on subcompacts, others such as Kia and their new 2012 Rio are offering fuel-economy boosting features like stop-start capability.

“Quality is no longer optional,” said David Sulivan, a product analyst for AutoPacific. “Consumers want the same fit and finish they would expect in a vehicle that costs double the price.”

Ford bringing high-performance fuel-sippers to U.S., Focus and Fiesta to get EcoBoost 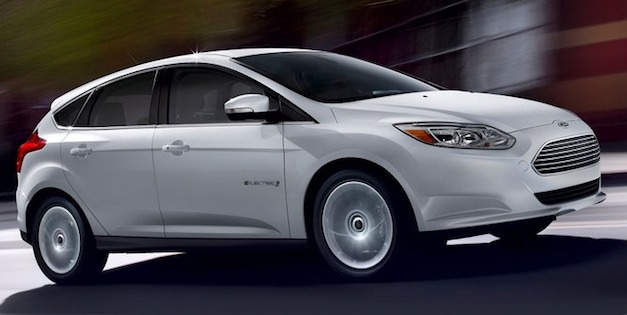 July 28, 2011 Omar Rana Comments Off on Ford facing a shortage of Focus due to supplier not providing enough dashboards