McLaren enthusiasts without access to private raceways might be in for a bit of good news. The company is hinting at a possible road-going version of its MP4-12C GT3 race-car.

There won’t be a wide array of variations available says Managing Director Anthony Sheriff, but specific customer needs will be met through a few derivatives.

The company is getting set to open a new facility to build the McLaren MP4-12C, which is currently produced in lower volumes in a facility previously used to build the Mercedes SLR. The new facility, which is located on the same site, will be able to produce 4,000 units annually on two shifts.

Sheriff says the company will launch a new product – be it all-new or a derivative – every year going forward.

A second new model is expected within three years, by which point the road-car division will be at a break-even point. This car will be pricier than the MP4-12C, and is described by those in the know as being interestingly styled. 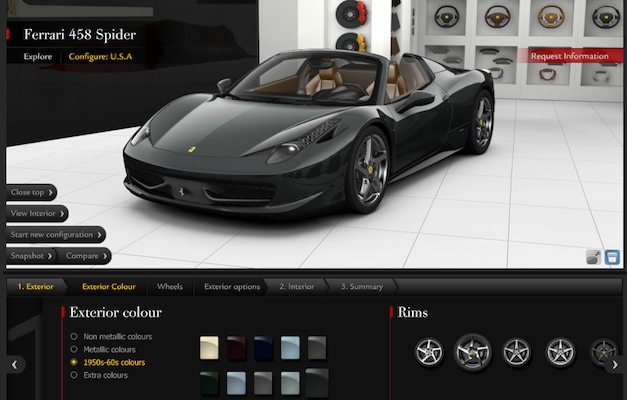 Build your own Ferrari 458 Spider