Ford UK is an interesting bunch because for some reason, there seems to be a van enthusiast group for delivery boys and construction workers. This van is a souped-up Ford Transit that goes by the name of the SuperSportVan. The last model – wait – last model? Ok, well that came with 18-inch alloys, white stripes over red paint, and a 140-hp turbodiesel engine. The new one, however, packs a 200hp 3.2L turbodiesel five with a six-speed auto, an upgraded aero package, rolling stock and classic blue stripes over white.

Thankfully – I mean, unfortunately, the Transit SSV is just a concept prepared for the Commerical Vehicle Show at the NEC in Birmingham, UK.

But my criticism shall remain reserved because Ford UK has a long line of hot panel wagons that traces back to the 1971 GT40-based Transit Supervan, a Cosworth V8-powered version in 1984, and a Supervan in 1995 that packed a 650hp Formula One engine, all of which have made the Ford Transit very famous in Europe.

BIRMINGHAM, NEC, April 12, 2011 – Ford has taken the wraps off the next evolution of its iconic SportVan bloodline – the one-off Transit SuperSportVan (SSV).

For this special project, the largest has been partnered with the smallest – Ford’s range-topping, five-cylinder 3.2-litre, 200PS Duratorq TDCi engine has been shoehorned into a short wheelbase Transit, for maximum power-to-weight ratio. The engine, normally to be found in bigger Transit models like the 4.25 tonnes Transit Jumbo, delivers 470Nm at 1700-2500 rpm and mates with a six speed gearbox. Under the striking livery, the rest is fundamentally the base SportVan.

The SuperSportVan takes centre stage at this year’s Commercial Vehicle Show, at the NEC, Birmingham, but is strictly a limited production of one.

Steve Clary, commercial vehicles director, Ford of Britain, explained: “Transit has a strong reputation for its robustness and practicality. We wanted to add some contemporary fun and also showcase our engineers’ skill and enthusiasm. SuperSportVan demonstrates just how far you can go with a white Transit van by mixing and matching regular technology in a different way.”

Transit has a strong sporting heritage: 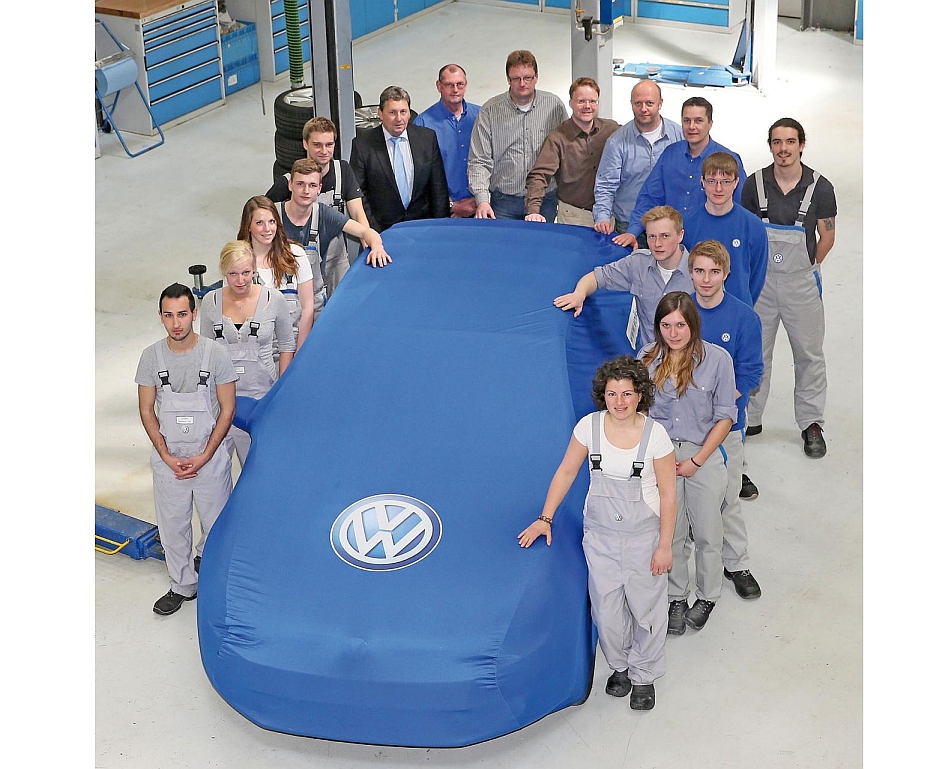 May 7, 2013 Omar Rana Comments Off on Volkswagen teases new Volkswagen GTI concept ahead of 2013 Worthersee debut