If there is anything inconvenient about an electric-cars, it’s the fact that they eventually run out of juice and the fact that you’ll have to get out of your car and plug it in the outlet. A company by the name of Plugless Power is here to alleviate the latter issue with their new ‘hands-free’ charging technology.

Google is the first to trial a Plugless Power charging station for its electric-vehicles at its Mountain View, California headquarters.

Put together by Evatran, LLC, Plugless Power is based on inductive technology, which has been used in electrical transformers for more than 100 years, and streamlines the charging process of EVs and plug-in hybrids by getting rid of the cord and the plug.

“We are thrilled to have our first public release of the Plugless Power technology installed at Google’s headquarters,” said Tom Hough, co-founder and CEO of Plugless Power. “The interest shown by Google and the cooperation we’ve received to retrofit their EV provides evidence that a simple, convenient charging process is needed for the widespread adoption of electric vehicles.”

Evatran is currently working with automotive manufacturers to integrate the Plugless Power technology into mass-market EVs by 2012.

Hit the jump for a promotional video by Plugless Power. 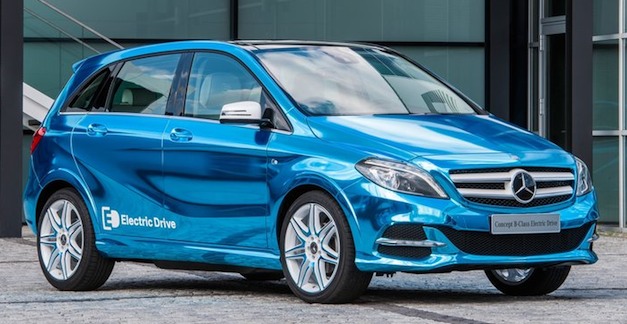 Report: Mercedes-Benz B-Class Electric Drive will be sold in the U.S.

October 8, 2012 Omar Rana Comments Off on Report: Mercedes-Benz B-Class Electric Drive will be sold in the U.S.