BMW has also released a 5 minute video about the Vision ConnectedDrive Concept, which you can watch after the jump.

The coupe version of the BMW Vision EfficientDynamics is scheduled to go into limited production in 2013 with prices starting around $250,000 a unit.

Hit the jump for the video along with the updated high-res gallery.

The future has already begun. At the 2011 International Motor Show in Geneva the concept vehicle BMW Vision ConnectedDrive will make its world debut from 3rd to 13th of March 2011. The leading position in the automobile world occupied by BMW in the development of innovative driver assistance systems and mobility services will be further strengthened by this extraordinary concept vehicle. The BMW

Vision ConnectedDrive study demonstrates current and future methods of mobile networking in a particularly focused way. The design and technology of this spectacular roadster are aimed at making the vehicle an integral part of a networked world. Comfort, safety and the infotainment experience in the vehicle can be precisely optimised by the innovative functionality, individually tailored to suit the requirements of both the driver and passenger. New technologies and design concepts are employed to add even more facets to the unmistakable BMW driving pleasure.

Pioneering technology heightens driving pleasure. BMW Vision ConnectedDrive makes its case in a most persuasive way, presenting immediately-mesmerising, intelligent solutions. The character of this concept study, presented as a two-seater roadster, is one of a mobile component in a networked world, both in design as well as by virtue of extensive technological innovations. BMW demonstrates with this vehicle the unique potential that can be realised by both the current and future developments in BMW ConnectedDrive, optimising comfort, safety and the enjoyment of infotainment in the vehicle.

The boundless opportunities to attain even more driving pleasure by means of intelligent networks is demonstrated most impressively at the Geneva Motor Show by the world premiere of BMW Vision ConnectedDrive, by the design of the bodywork and interior of the concept vehicle, an inspiring light installation, a new display and operating concept and a multimedia presentation at the show. The design embodies the bond between the driver and the vehicle and the dialogue between the driver and the passenger as well as the interaction of the occupants of the car with the environment. The functional areas of BMW ConnectedDrive are symbolised on three levels – comfort, safety and infotainment. The elementary exchange of data and information for all three functional areas is visualised by an intricately complex light installation and presentation at the exhibition.

In addition to the dynamic charisma generated in typical BMW style by a long bonnet blending seamlessly with the windscreen, the long wheelbase and the seating positions set well back, the design of the concept vehicle visualises the fusion of exterior, interior and environment, made possible only by BMW ConnectedDrive. Surfaces, strongly expressive and powerfully taut, are enhanced by distinctive flowing lines. The layering principle, which requires that individual components take on a number of tasks, has been implemented both in the interior and the exterior. Sensors integrated into the headlights and the rear lights assist in monitoring the traffic situation and the environment. Antennas instead of wing mirrors transmit information to the outside world and capture navigation data.

An enhanced Head-Up Display is one of the innovations in the field of display and operating concepts of the BMW Vision ConnectedDrive family. It delivers a three-dimensional display of information and icons which provide an optical fusion of the actual view of the road ahead with virtual content. For example, this augmented reality application projects information about the route precisely onto the location of a possible turn-off – in relation to the actual field of view. Information is displayed either in the foreground or in the background, depending upon its relevance and the current traffic situation. In addition, the concept vehicle is equipped with a freely programmable instrument cluster; its display complements the projections generated by the Head-Up Display. The range and breadth of its functionality exceeds by far the display capabilities of classic cockpit instruments. By means of a display, which also presents information in three dimensions, individual pieces of information can be optically emphasized to a greater or lesser degree depending upon the driving situation, in order to gain the appropriate amount of attention.

Via the Passenger Information Display, the passenger in a BMW Vision ConnectedDrive vehicle can also take advantage of additional functionalities provided by intelligent networking. As a co-pilot he can evaluate information or address details for the navigation system received online and forward them to the driver’s instrument panel if necessary. Thus the interaction between the driver and the passenger and networking with the environment reach new levels. The Emotional Browser makes an even more varied and individually-tailored choice of information possible. During the journey, this system captures and filters additional information about the environment through which the vehicle is currently travelling, in terms of people, mood or location. This personal configuration can be set at the start of the journey, but can also be adjusted on the road to be more or less detailed, to suit individual requirements. 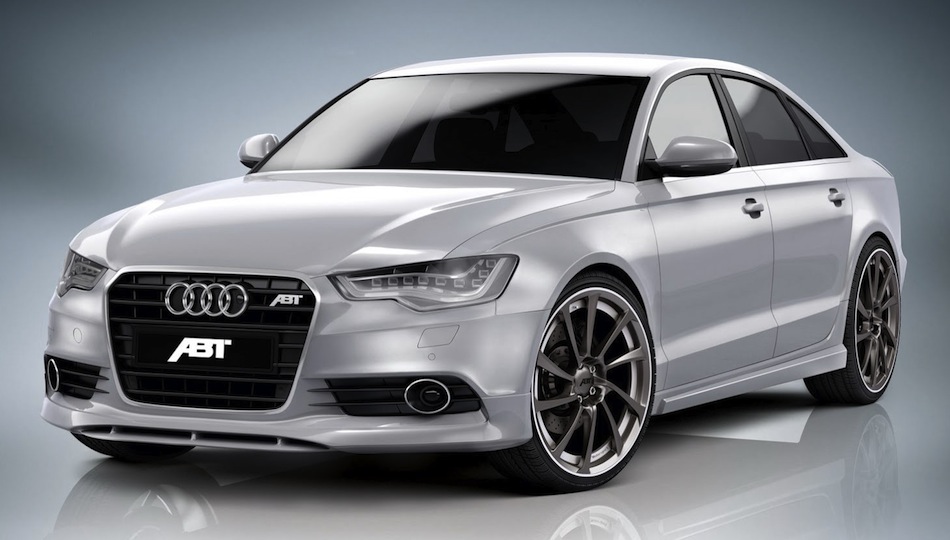 ABT Sportsline gets its hands on the Audi A6 TDI lineup

September 10, 2012 Omar Rana Comments Off on ABT Sportsline gets its hands on the Audi A6 TDI lineup