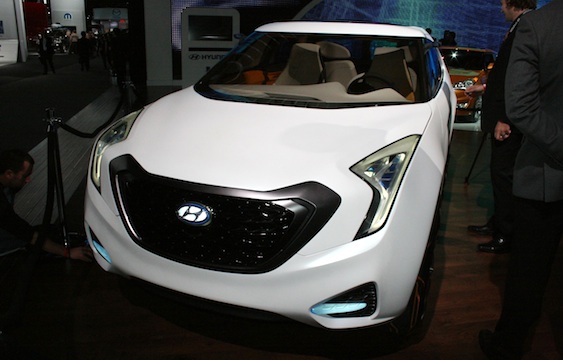 Hyundai’s California Design Center and Hyundai Motor America revealed its Curb Crossover Concept today at the Detroit Auto Show. Classified as a UAV or Urban Activity Vehicle, it is aimed at the next generation of young Hyundai buyers.

Just like the Veloster, the Curb features the same unusual third rear passenger door. Additionally, the Curb uses what Hyundai’s Design Center calls the “Tough Tech” design with a high-tech interior and a rugged looking exterior.

The Curb will feature the same all-new 1.6L Gamma gasoline direct-injection four-pot and is mated to a Direct Shift Gearbox. Also showcased was Hyundai’s attempt at a ‘stop/start’ system that shuts the engine off when the vehicle is at a stop to avoid burning excess fuel when idling. Combine all of the powertrain technology and the Curb is said to achieve 30+ mpg in the city and over 40+ mpg on the highway.

Well, at least it’s not as awkward looking as the Nissan Juke.

Check out our live high-res gallery after the jump.

Hyundai California Design Center and Hyundai Motor America presented the world debut of the Hyundai Curb concept vehicle during a press conference at the Detroit International Auto Show today. Curb is a compact Urban Activity Vehicle (UAV) for the next generation of Hyundai buyers. Curb is also a test bed for future Hyundai Blue Link™ and vehicle connectivity technology.

The inspiration for Curb came from the need to evolve Hyundai’s “Fluidic Sculpture” design language for younger buyers. Hyundai designers wanted to create a vehicle loaded with technology that was at home in an urban environment with potholes and densely packed nightclubs on the streets. The vehicle needed to secure the advanced Blue Link and connectivity features against impact and shock. From these ideas, the ‘technology rugged’ design direction for Curb was formed.

“We wanted the Curb to be urban tough without looking like a Brink’s truck,” said Jason Brown, Hyundai designer. “City driving was going to be its forte, not crossing the Rubicon trail, but we wanted it to have urban armor for daily driving on city streets. It needed to empower its passengers in this setting.”

The Curb’s design starts with the glass that spills into the hood and wraps around the cowl, covering the A pillars. This look resembles the face shield of a sport bike motorcycle helmet. Beneath the glass are structural trusses with the glass panels applied like a shield.

The striking profile is dominated by a boomerang trajectory bodyside line. This dominant line brings the entire design together and reinforces the feeling of strength with its positive and negative shapes.

“The world has never seen lines like this on a car before.  It is as if the architect Santiago Calatrava inspired it,” said Arash Badeanlou, Hyundai designer.

The thin, sleek headlamps and taillamps dive into the vehicle, creating the illusion that they are connected into the engine compartment or interior. To complete the ‘technology rugged’ look, designers added 22-inch five spoke wheels and Michelin tires with a custom saffron colored tread pattern to match the interior. These wheels have spokes set into the tires to make them have a more pronounced profile. To enter the Curb, one simply drags their finger across a touch pad to open the doors.

The exhaust vents serve a dual purpose. They pop out to reveal a bike rack so the owner could park and ride a “Fixie” (fixed gear) bike to the rest of his destinations as an alternative transportation source. The roof also features pop-up roof rack towers, demonstrating the perfect blend of being rugged, yet high-tech. Curb has a lighted clam shell rear hatch, also opened via a touchpad for loading gear and a third rear access door for easy passenger ingress and egress.

Connectivity is the theme for the interior, which is why information flows seamlessly from outside to inside of the Curb.

“The goal was to make sure passengers felt connected to each other and the urban environment around them,” said Bradley Arnold, Curb interior designer. “We wanted to empower the passengers with information and make them feel that the exterior was connected to the interior.”

A large acrylic screen with multiple zones allows information to be passed between passengers all via a touchscreen that appears endless. It flows like a river from the gauge cluster to the center stack controls, across the instrument panel and all the way into back seat. The steering wheel itself is an opaque surface with a monitor showing through. There are also monitors in the back of the headrests. A Heads Up Display (HUD) provided by Continental with navigation keeps the drivers eyes on the road, while passengers search for their favorite channel on Pandora. Drivers are able to navigate their music via a 3-D carousel of album cover art as well as view the related cover art for a currently playing track. Cameras also replace the side mirrors and are linked to the HUD. The screen can also display vehicle diagnostics, download apps and act as a video phone all with a single touch sensor control strip provided by Methode.

To bring the outside look inside, the Curb designers had the rocker panels flow into the interior of the vehicle to create a seamless design. The Curb links its interior and exterior designs together by having the rocker panels viewable from the exterior flow into the interior. The three-holed open truss structured A-pillars enhance the driver’s cornering visibility, structurally support the roof and are made from a single milled piece. This metal structure connects everything together.

Saffron accents inside match the ones on the tires. The saffron accents appear as a gradient pattern on the seats, which are made of super-stretch, fast-drying board short material. The rear seat also has forward and aft movement.

When it comes to storage capacity, Curb has rear head rests mounted to its robust frame, rather than to the seats. These head rests swivel up into the roof, allowing the rear seats to fold flat.

Generation Y wants to be connected to their electronics at all times. Inside the Curb, a driver could be listening to their favorite station on Pandora, cruising the city and get a phone call from a friend. Using Blue Link, the caller’s location shows up as a Point-of-Interest (POI).  The friend tells the driver that he just discovered a great band playing at a local club and invites him to come. His location then becomes the destination for the turn-by-turn directions.

The Curb is powered by a turbocharged 1.6-liter Gasoline Direct Injection (GDI) four-cylinder engine mated to Direct Shift Gearbox (DSG). This powertrain develops 175 horsepower and 169 lb. ft. of torque. By adding Idle Stop and Go (ISG) technology, the Curb would deliver 30+ miles per gallon in the city and 40+ miles per gallon on the highway. 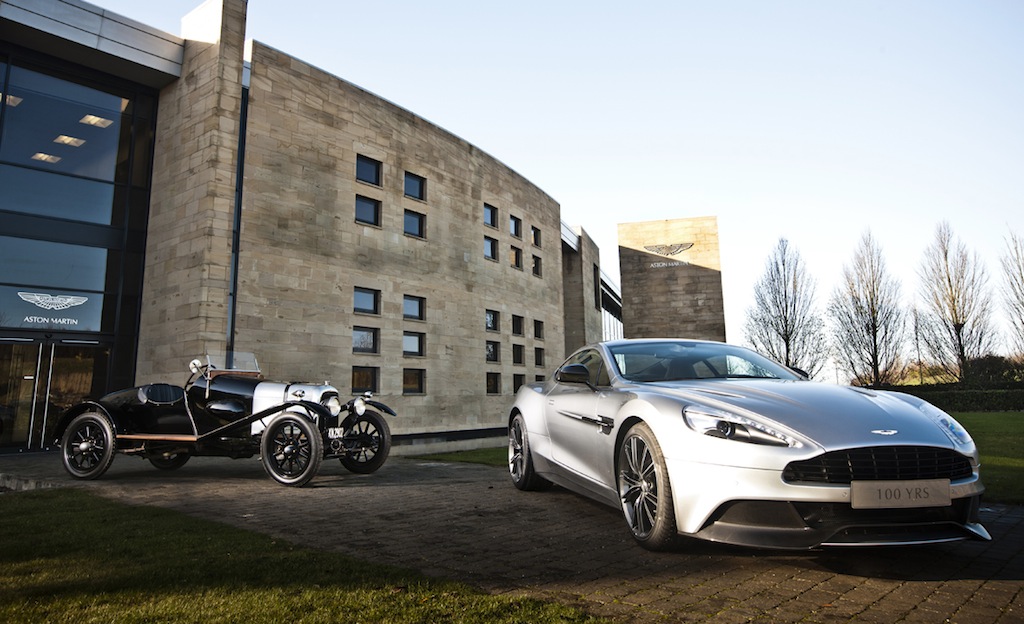