Cadillac has had unbelievable success since the introduction of the CTS and their departure from old, humdrum, cheaply made retiree land yachts. But don’t you think that Cadillac is going to stop. Insiders within the top American brass leaked to AutoCar UK that they’re already exploring seven new models to expand the Caddy lineup after a 35 percent increase in sales for 2010 thanks to the new SRX crossover and the gorgeous CTS Coupe. Caddy’s success is considered to be the fastest sales growth ever seen with premium car manufacturers in the US.

Some of the new models include a new small SUV (most likely to be pinned against the likes of the BMW X3 and the Mercedes GLK), a subcompact (previews by the Urban Luxury Concept) to compete with the Mini Cooper, and a luxury version of the Chevrolet Traverse and Buick Enclave crossovers. Additionally, Cadillac’s new flagship and DTS replacement, the XTS will be introduced next year side-by-side with a new compact car.

“We have got to get the core covered with a compact, a mid-sized luxury car, a mid-sized crossover SUV and a large car,” said marketing vice-president Don Butler. He also said that special efforts are being made to reduce the make’s average customer age of 62 to a younger and more affluent demographic. So far, they are on that trend.

Refresher: Power for the Cadillac Urban Luxury Concept comes from a 1.0L 3-cylinder turbocharged engine with electric assist. The system could help the compact Caddy average an estimated fuel-economy of 56/65 mpg (city/highway). 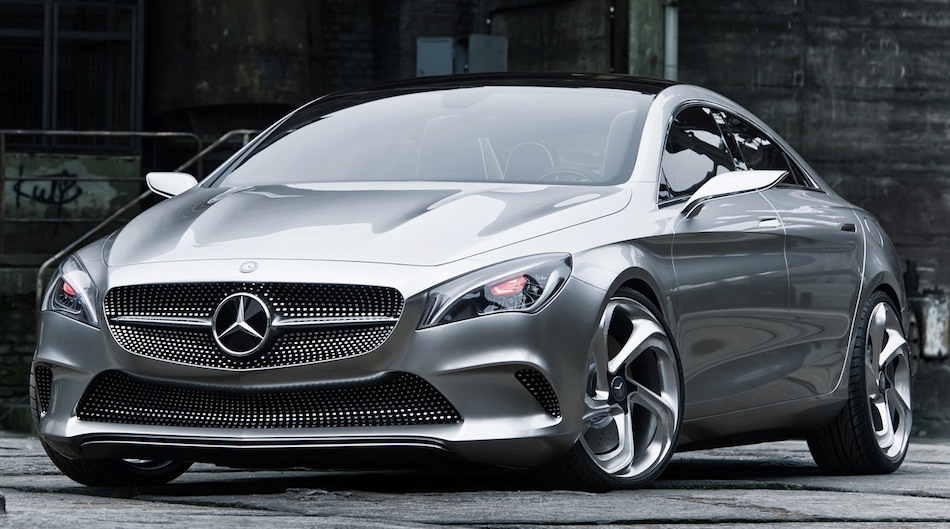 Mercedes-Benz Concept Style Coupe leaks out ahead of Beijing debut