Tired of missing changing speed limit signs? Well, the Municipality of Abu Dhabi City has a pretty nice solution. The city will add a colored layer on the roads that will alert drivers that they are entering areas with new speed limits. The new move came into force on Saturday.

According to a statement by Abu Dhabi Police, the Municipality of Abu Dhabi City has started separating such portions of roads with colored layers.

Speed limits in residential areas are between 20 (19 mph) and 40 kph (25 mph). The city has updated radars on the roads already.

When colored, drivers should be easily able to see the “portion” on the road and they have to reduce their speed before reaching there, said Colonel Engineer Hussain Ahmad Al Harithi, Director of Traffic and Patrols at the Abu Dhabi Police.

Do you think such an idea should be implemented in the United States? Let us know your thoughts in the comments section after the jump.

Video: Fatal crash in South Korea splits Hyundai in half

May 17, 2012 Omar Rana Comments Off on Video: Fatal crash in South Korea splits Hyundai in half 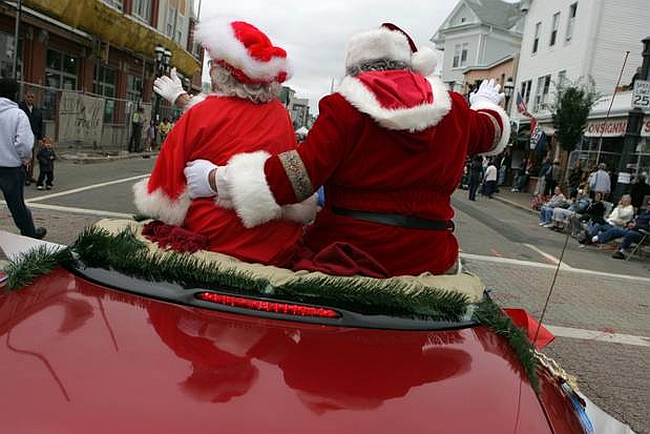 Merry Christmas and a happy holidays with safe travels

December 25, 2013 Chris Chin Comments Off on Merry Christmas and a happy holidays with safe travels