Ford announced today that consumers that plan on attending the Focus Global Test Drive in February in Madrid will be hosted and coached by road racing veteran Justin Bell. Bell, who has a career stretching more than 20 years, is expected to bring a wide range of experiences and skills to the Global Test Drive program.

“Running an instructional program for race drivers for several years represents one of my most rewarding experiences,” said Bell. “Our test driver guests will be getting a unique, once-in-a-lifetime experience behind the wheel of the all-new Focus, and I look forward to helping each of them have some fun and find their groove as we put the new Focus through its paces.”

The Ford Focus Global Test Drive program will run for three days from Feb 18-20, 2011. This isn’t the first time Bell has been a part of the Focus. He also served as celebrity driving instructor on the “Jay Leno Show” with Ford Focus Electric prototype vehicle demonstrations.

Dearborn, Mich., Dec. 17, 2010 – Ford confirmed today that consumers attending the Focus Global Test Drive in February in Madrid will be hosted and coached by road racing veteran Justin Bell. With a career stretching more than 20 years, Bell will bring a wealth of experiences and skills to the Global Test Drive program.

Since 2008, Bell has been an on-air personality on Speed Channel and served as celebrity driving instructor on the “Jay Leno Show” with Ford Focus Electric prototype vehicle demonstrations.

At the three-day event, Feb. 18-20, 2011, consumers and bloggers will be able to experience the Ford Focus in a unique new manner. Each challenge and course will highlight the driving dynamics and technologies in the vehicle. And throughout the entire event, local charities will benefit.

To participate in the Focus Global Test Drive, friends and fans from around the world are invited to submit simple video applications explaining why they should be included in this unique behind-the-scenes event. The application process invites prospective test drivers to “start more than a car” by generating the market equivalent of $10,000 for a specific charity of their choice from the categories of hunger, education and environment/sustainability.

Details of the Focus Global Test Drive application are now available on the “Global Drive” tab at http://facebook.com/fordfocus. Participants for the Global Test Drive event will be selected based on a range of criteria including their individual creative content, social networking vibrancy and volume of votes they receive.

With the Focus Global Test Drive, there is something for everyone. Ford engineers will get rapid feedback from interested customers and prospects; drivers get a first look at the new car before it goes on sale; friends get to come along for the ride of a lifetime; and deserving charities will benefit in a big way.

All-new Ford Focus
The all-new Ford Focus is the result of a global product development program bringing together Ford’s best engineers and technologies from around the world. Focus will be nearly identical in all 122 world markets in which it will eventually be sold, with 80 percent parts commonality.

Rollout of the all-new Focus will begin in early 2011. 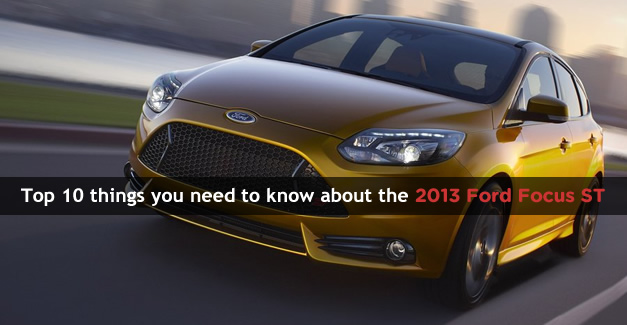 90% of Nissan LEAF customers are new to Nissan