Lotus will be building the City Car in partnership with parent company Proton and a third automaker, Bahar told CAR Magazine.

“Our city car has been confirmed and will be launched in October 2013,” he said. “We are doing this together with Proton and another OEM. We will build three versions: one for the Asian market, one for Europe and a sportier one.”

The Lotus City Car Concept is powered by an electric motor that produces 72-hp and 177 lb-ft of torque. Weighing in at less than 3,086 pounds, the City Car has the ability to go from 0 to 62 mph in 9 seconds with a top speed of 106 mph. When fully-charged, the City Car can travel 37 miles until the battery runs out. It also carries a flex-fuel 1.2L 3-cylinder engine that helps extend the range. 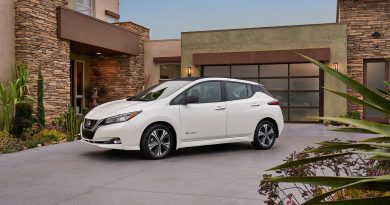 September 5, 2017 Chris Chin Comments Off on The all-new 2019 Nissan LEAF falls into place with a new design