So who was the guy that cashed out $225,000 to have the rights to the first unit of the Chevrolet Volt? Rick Hendrick, owner of Hendrick Motorsports and chairman of Hendrick Automotive Group. Rick submitted the winning $225,000 bid to receive the first Chevroelt Volt for sale.

Proceeds from the auction will go to benefit science, math, engineering, and technology education initiatives through the Detroit Public Schools Foundation.

Rick Hendrick had this to say:

“This was an opportunity to own a piece of history while giving back to the community. I have been a Chevrolet dealer for more than 30 years, and the Volt is one of the most exciting and important new cars since we opened our first dealership in 1976. Hendrick Motorsports has been racing Chevys since 1984, and any success we’ve had is due to the quality of our people. The Detroit Public Schools will prepare the next generation of talented engineers and technicians who will help Chevrolet and Hendrick Motorsports compete at a high level on the racetrack every weekend.”

The vehicle, bearing the vehicle identification number BU10002, was sold for $225,000 through an online auction that closed Tuesday, Dec. 14.

“With Mr. Hendrick’s contribution, we have the opportunity to inspire thousands of children to learn about science, technology, engineering, and math,” said Johnson. “That inspiration will help make Detroit Public Schools students more successful in higher education, and better prepared for careers in the 21st century workforce.”

Here are a few examples of what the foundation could provide to Detroit students with $225,000:

Send 4,500 students to compete in a science fair

It costs $50 per student to compete in the annual Science and Engineering Fair of Metro Detroit, including entry fees and bussing expenses. The fair is open to students in Wayne, Oakland, and Macomb Counties, from grades six through 12. Each year up to eight students from the Detroit competition may be selected to participate in the International Science and Engineering Fair.

The $280 kit for the FIRST Lego League robotics competition includes everything a team needs to build an autonomous robot. The competition, for students in grades four through eight, is based on students’ scientific research, as well as their robotic construction and programming.

It costs $16,000 to send 10 students and chaperones to NASA space camp in Huntsville, Ala., including tuition and travel expenses. During the five-day camp, students apply classroom math and science skills to shuttle training missions, such as moon walking practice and orbiter-egress training.

“Every aspect of the Volt – from its aerodynamic shape to its battery chemistry – is a testament to the importance of math and sciences,” said General Motors North America President Mark Reuss. “Now, the first Volt will help cultivate the next generation of engineers who will build upon the Volt’s innovative technologies.”

The Chevrolet Volt is an electric vehicle that can operate under a range of weather climates and driving conditions with little concern of being stranded by a depleted battery. The Volt has a total driving range of up to 379 miles, based on EPA estimates. For the first 35 miles, the Volt can drive gas- and tailpipe-emissions-free using a full charge of electricity stored in its 16-kWh lithium-ion battery. When the Volt’s battery runs low, a gas powered engine/generator seamlessly operates to extend the driving range another 344 miles on a full tank.

Chevrolet began shipping Volts from Detroit-Hamtramck Assembly this week. Hendrick will take delivery of his Volt later this month. 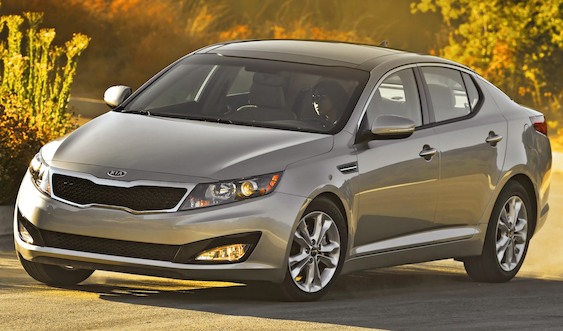