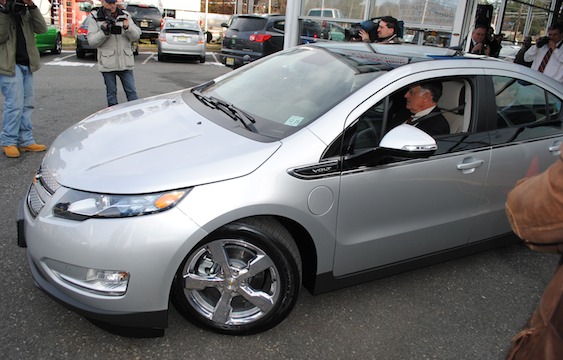 Earlier this morning at Gearhart Chevrolet in Denville, NJ, retired airline pilot Jeffrey Kaffee became the first customer in the United States to take delivery of a 2011 Chevrolet Volt.

Kaffee, who traded in his Toyota Prius for the Volt, returned early from a vacation to pick up his car at Gearhart Chevrolet. Kaffee’s Volt is one of the first 360 units being shipped from the Detroit-Hamtramck assembly plant. Others are being delivered Chevrolet dealers in the Washington, D.C., area and are en route to California and Austin, Texas.

Check out the video of Kaffee driving away in his 2011 Chevrolet Volt after the jump.