FoMoCo is serious about safety – so serious that its safety engineers in the United States and Germany crash tested the new 2012 Ford Focus more than 12,000 times in real and virtual worlds to prove how new innovative technologies protect passengers in crashes.

“Developing the Focus to meet the global safety standards has resulted in improved crash performance to help protect occupants in crashes,” said Matt Niesluchowski, Focus safety manager. “Ford’s safety team had a head start in working together around the world, which helped tremendously in ensuring the new Focus meets or exceeds a complex web of global safety regulations.”

The 2012 Ford Focus also features a range of advanced active safety technologies, including:

The new Focus, which debuts around the world starting early next year, underwent an exhaustive testing regimen of occupant and full-vehicle computer simulations. Those simulations have become so realistic that the number of physical vehicle crash tests has been significantly reduced.

Crashed by Ford to take the heat
The thousands of computer aided engineering (CAE) crashes and simulations allowed engineers to test hundreds of designs. The physical crash tests, conducted after a battery of virtual simulations, verify and validate the computer simulations to ensure every internal and external requirement is met.

“We are using more computer simulations than ever to optimize the designs of all the components that make up a vehicle to help enhance safety,” said Matt Niesluchowski, Focus safety manager. “The complexity of crash tests, with hundreds of parts and systems interacting, still requires physical testing to validate those simulation results.”

Improved interior safety features
The Focus offers a suite of new safety innovations, which includes Ford’s next-generation driver-front airbag with enhanced chest protection technology. The new airbag uses a reconfigured curve-shaped tether system that pulls in the lower section to create a “pocket” to help lessen the impact of the airbag on the driver’s chest and ribs in frontal crashes.

Focus also will be Ford’s first car ever to feature front passenger airbags with adaptive venting technology that diverts some of the gas from the air bag inflators through vents outside of the airbags. The restraints control module – the control center of Ford’s advanced safety systems – adjusts the level of venting based on seat position.

The new passenger airbag is designed to enhance head and neck protection by better matching deployment force with occupant size. This innovative system uses a small pyrotechnic device to force open the vent and can provide less pressure in the airbag when it’s sufficient to help protect the occupant.

Innovative “tailor-rolling” process
In addition to the new airbags, the new Focus’ vehicle structure provides enhanced crash protection with a B-pillar reinforcement, a key structural part made from ultra-high-strength steel produced using an innovative “tailor rolling” process. The process allows the thickness of the steel sheet to be varied along its length so the component has increased strength in the areas that are subjected to the greatest loads.

High-strength steels comprise 55 percent of the Focus’ body shell, and ultra-high-strength and boron steels make up more than 31 percent of its skeletal structure. These advanced materials help the structure meet crash regulations across world markets while minimizing the vehicle’s weight to help maximize fuel economy. 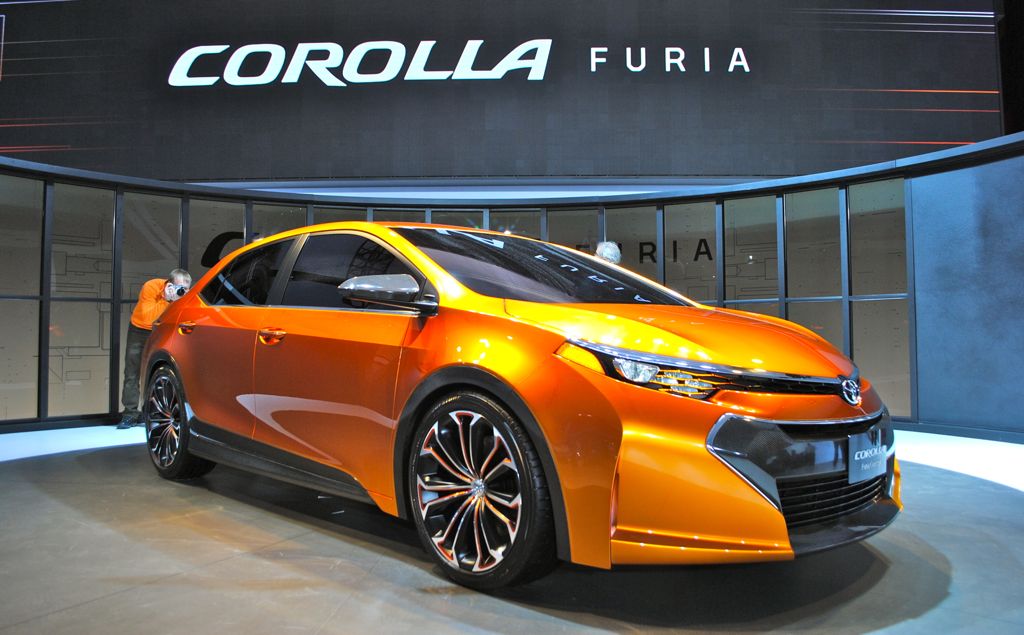 May 10, 2013 Omar Rana Comments Off on Report: Some details leaked regarding 2014 Toyota Corolla through posting of the ordering guide 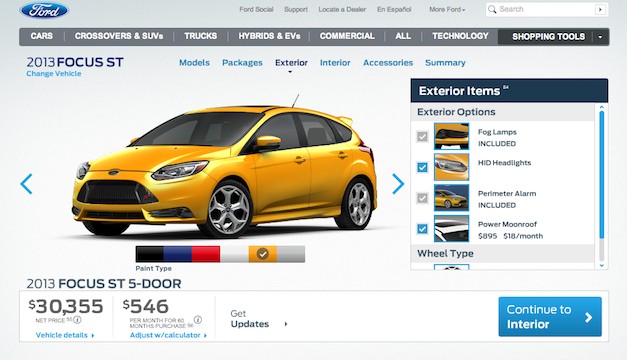