“On the outside the 2011 Chevrolet Silverado HD appears to have been given a subtle makeover, but it’s what’s under the skin that makes this truck a winner,” said Motor Trend Editor-in-Chief Angus MacKenzie. “Chevy engineers focused on three key areas – powertrain, frame, and suspension – to deliver a truck with significantly improved capability and more refinement.”

The award was presented today to GM CEO Dan Akerson at the 111th Army-Navy Game of which Chevrolet is the official sponsor.

The truck award was presented to GM CEO Dan Akerson before the 111th Army-Navy Game at Philadelphia’s Lincoln Financial Field. Chevrolet is the Official Vehicle of the Army-Navy Game.

The new 2011 Silverado HD built in Flint, Mich., and Fort Wayne, Ind., was introduced this summer, featuring new frame and suspension designs, and a more powerful Duramax diesel engine with 397 horsepower, 765 lb.-ft. of torque, and 11 percent better fuel-economy.  As a result, the 2011 Silverado HD is capable of towing up to 21,700 pounds, or carrying 6,635 pounds of payload. The new Silverado HD also offers available confidence- and control-related features specifically for towing including electronic trailer sway control, hill start assist and smart exhaust brake system.

“With more capability and technology than ever before, we believe the Chevrolet Silverado HD sets the bar for heavy-duty trucks,” said Akerson. “It’s a great honor to have such a respected authority as Motor Trend agree.”

The full report from Motor Trend appears in the February issue of the magazine (on newsstands in early January) and online at www.motortrend.com. Chevrolet also earned the 2011 Motor Trend Car of the Year award for the Volt, the industry’s first electric car with extended-range capability.

It is the first time since 2006 that one brand has won both Motor Trend Car and Truck of the Year awards in the same year. Chevrolet and Buick won both awards in 1979. 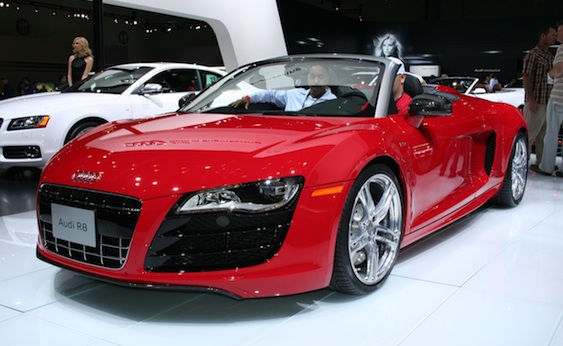