FoMoCo and Azure Dynamics today announced that they have started shipping the first Ford Transit Connect Electric vehicles to early customers in North America and to the UK for a demo project.

“Supplier collaboration is important on all Ford product programs, but it was especially key in this effort, which went from contract signing to vehicle production in 13 months,” said Sherif Marakby, Ford director, Electrification Programs and Engineering. “A strong teamwork environment established by Azure and Ford was critical to delivering this vehicle.”

DEARBORN, Mich., Dec. 7, 2010 – Ford Motor Company and Azure Dynamics have begun shipping the first Ford Transit Connect Electrics to early customers in North America and to the United Kingdom for a demonstration project.

The all-electric commercial vans, built on the Ford Transit Connect vehicle body, equipped with Azure Dynamics’ patented Force Drive™ battery electric powertrain, and assembled by AM General at its facility in Livonia, Mich., are reaching the market 13 months after the collaboration to develop the zero-emission vehicle was first announced.

To date, all initial units have designated customers. Azure Dynamics’ LEAD customer program includes seven companies that are taking delivery of their first units in 2010, with the remainder of their orders to be filled in 2011. Customers that have been previously announced include AT&T, Southern California Edison, Xcel Energy, Johnson Controls Inc., New York Power Authority, Canada Post and Toronto Atmospheric Fund EV300. Additional LEAD customers will be identified by the end of the year.

Ford first announced the collaboration in October 2009, with an agreement for Azure Dynamics to upfit the Transit Connect van with Azure’s Force Drive battery electric drivetrain technology including Johnson Controls-Saft’s advanced lithium-ion battery, and a commitment to deliver the initial vehicles by the end of 2010 to the North American market. Initial production began in the fourth quarter of 2010 with full production of the Transit Connect Electric slated to ramp up in April 2011.

“The Transit Connect Electric program is a great representation of our product development approach,” said Scott Harrison, CEO, Azure Dynamics. “We have been able to focus on integration of our Force Drive powertrain solution and benefit from Ford’s expertise in building ground-up global vehicle platforms. Meanwhile, capital costs are kept in check by contracting AM General for labor and assembly services – an area where the company excels. Transit Connect Electric is a revolutionary technology and achieving our aggressive time line is a testament to the professionalism and spirit of cooperation among all the project partners.”

The Michigan Economic Development Corporation provided incentive funding for Azure Dynamics to encourage selection of a Michigan-based partner for final assembly. Azure chose AM General LLC, to produce the Transit Connect Electric in its facility in Livonia, Mich.

AM General, a long-established contract vehicle assembler and services provider, is responsible for final upfit of the Transit Connect Electric.

Transit Connect Electric is the first product in Ford’s accelerated electrified vehicle plan, and will be followed by the Focus Electric passenger car in 2011, along with a plug-in hybrid electric and two next-generation lithium-ion battery-powered hybrid vehicles in 2012.

Ultra-Low Carbon Vehicle Demonstrator program
In addition to delivery of units to LEAD customers in North America, the Transit Connect Electric commercial van is headed to the United Kingdom, where 14 of the vehicles will take part in the government’s Ultra-Low Carbon Vehicle Demonstrator program. The program, supported by Scottish and Southern Energy, utilizes a fleet of zero-emissions vehicles for the energy company, with designated drivers to test vehicle and infrastructure technology.

The consortium of Ford, Scottish and Southern Energy and the University of Strathclyde will provide Transit Connect Electric vehicles and a charging infrastructure in and around the London suburb of Hillingdon during 2010 and 2011.

Ford and Azure Dynamics already have announced they will collaborate to produce the Transit Connect Electric for the European market with first units to be delivered in 2011.

Designed with fleet users in mind
The all-electric, zero-emissions Transit Connect Electric has a driving range of up to 80 miles per full charge and is ideal for fleet owners who have well-defined routes of predictable distances and a central location for daily recharging. Delivery fleet and utility vehicle operators have begun to show a preference for smaller, more efficient vehicles, which creates an ideal time for Transit Connect Electric to come to market.

“The Transit Connect provides a unique choice for the fleet owner who wants the convenience of a utility vehicle,” Marakby said. “The electric version takes that one step further, delivering a dependable, zero-tailpipe-emission vehicle that requires no petroleum.”

Owners will have the option of recharging Transit Connect Electric with either a standard 120-volt outlet, or preferably a 240-volt charge station, typically installed at the user’s base of operations for optimal recharging in six to eight hours. A transportable cord that works with both types of outlets will be available for convenient recharging at either voltage.

The vehicle’s charge port is located above the passenger-side rear wheel well. The onboard liquid-cooled 28-kilowatt-hour lithium-ion battery pack is charged by connecting the charge port to a power outlet. Inside the vehicle, an onboard charger converts AC power from the electric grid to DC power to charge the battery pack.

Transit Connect Electric is expected to offer lower cost of operation, because charging with electricity is generally less expensive than fueling with gasoline.

When the vehicle is operating, battery power is provided to the drive motor through the electric powertrain’s motor controller. The motor controller uses throttle input from the driver to convert DC power supplied by the battery into three precisely timed signals used to drive the motor. The onboard DC/DC converter allows the vehicle’s main battery pack to charge the onboard 12-volt battery, which powers the vehicle’s various accessories, such as headlights, power steering and coolant pumps.

In Transit Connect Electric, the battery pack has been efficiently integrated without compromising interior passenger room and cargo space. The Johnson Controls-Saft battery pack is expected to last the life of the vehicle. 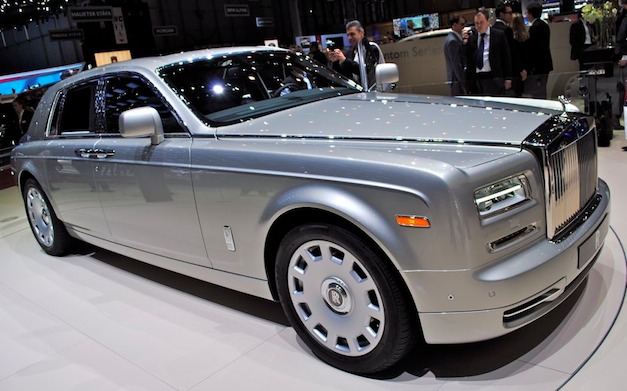