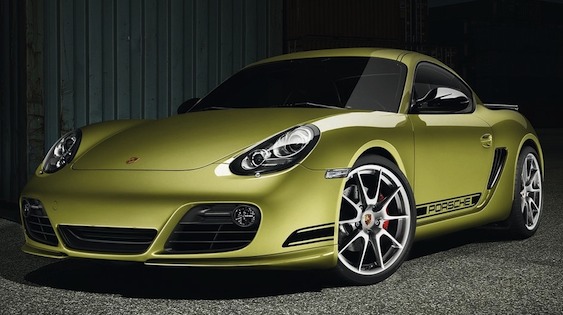 A couple days ago Porsche released a press statement saying that it will unveil a new “mid-engine sports car” at the 2010 LA Auto Show – well, here it is – the 2011 Porsche Cayman R. What’s so special about this Cayman that it has to carry an ‘R’ badge? It weighs in 121 pounds lighter than the Cayman S and also produces 10 more horsepower.

Power for the 201 Porsche Cayman R comes from a tuned 3.4L inline 6-cylinder engine making a total of 330-hp allowing for a 0-62 mph time of 5 seconds when mated to a 6-speed manual and 4.9 seconds when mated to Porsche’s 7-speed PDK transmission. Adding the optional Sport Chrono packages brings the 0-62 mph time down to 4.7 seconds. Top speed for the Cayman R comes in at 175 mph with a 6-speed manual and 174 mph with the PDK.

Stay tuned for live photos from the 2010 LA Auto Show.

Stuttgart. The Porsche alphabet reserves the letter R for very special sports cars: R for responsive and refined ““ but most especially for racy. The new Cayman R combines all these attributes without compromise. 55 kilograms (121 lb) lighter and with ten horsepower more than the Cayman S, the new mid-engine coupÃ© from Dr. Ing. h.c. F. Porsche AG, Stuttgart, is designed for spectacular road behaviour. With its specially adapted sports chassis, it provides an even more precise driving experience than the Cayman S. The Cayman R makes its world debut today at the Los Angeles Auto Show.

The new mid-engine coupÃ© is powered by a tuned-up 3.4-litre six-cylinder engine developing 330 hp (243 kW). In the standard configuration it transmits its power to the rear wheels via a six-speed manual gearbox that propels the car from 0 to 100 km/h (62 mph) in 5.0 seconds. Or there is the option of the seven-speed Porsche Doppelkupplungsgetriebe (PDK) that reduces its acceleration time to 4.9 seconds. For even more impressive sprinting performance, the Cayman R can be supplied with one of the optional Sport Chrono packages, taking it to 100 km/h (62 mph) in 4.7 seconds. The new mid-engine coupÃ© is capable of a top speed of 282 km/h (175 mph) with manual gearbox, or 280 km/h (174 mph) with PDK. Its NEDC fuel consumption is 9.7 l/100 km (29.12 mpg imp.) with six-speed gearbox and 9.3 l/100 km (30.37 mpg imp.) with PDK. The main aim during the design of the Cayman R was to improve the two-seater even further in its performance, driving dynamics and agility through consistent weight reduction. With a DIN unladen weight of just 1,295 kilograms (2855 lb) the Porsche engineers were able to reduce the power-to-weight ratio of the coupÃ© with standard manual gearbox to 3.9 kilograms (8.6 lb) per horsepower, with the PDK version weighing 4.0 kilograms (8.8 lb) per horsepower. The largest savings were achieved through the use of lightweight components and doing without convenience equipment. As for the 911 GT3/GT3 RS and Boxster Spyder, an optional lithium-ion lightweight construction battery is also available. In addition, the top model in the mid-engine coupÃ© is equipped with the lightest 19 inch wheels the entire Porsche range can offer. The complete rim set weighs less than 40 kilograms.

The Cayman R’s purpose and purist character can be seen at first glance. The extended silhouette of the bodywork, which has been lowered by 20 millimetres (0.79 in) compared to the Cayman S, combined with the distinctive fixed rear spoiler, the high-quality silver-painted wheels and numerous sporting highlights on both the interior and exterior, ensures an individual appearance. The black-framed headlights, black exterior mirrors and the “PORSCHE” lettering on the side ““ in contrasting black or silver, depending on the body colour ““ take design cues from classic Porsche racing cars.

Precisely this lettering was the trademark of the first Porsche with the “R” designation, the 911 R of 1967. It was created for racing sport use in a small series of 19 cars. The “R” was a prototype based on the standard coupÃ© with a 210 horsepower Carrera 6 engine and, thanks to its many plastic components and extremely sparse equipment, weighed only 830 kilograms (1830 lb).

The new Porsche Cayman R will go on sale from February 2011. The price in Germany will be EUR 69,830 inclusive of 19 percent VAT and country-specific equipment items. Go to www.porsche.com/cayman-r-live to listen to the Porsche press conference broadcast live from the Los Angeles Auto Show starting 7:55 p.m. German Time. 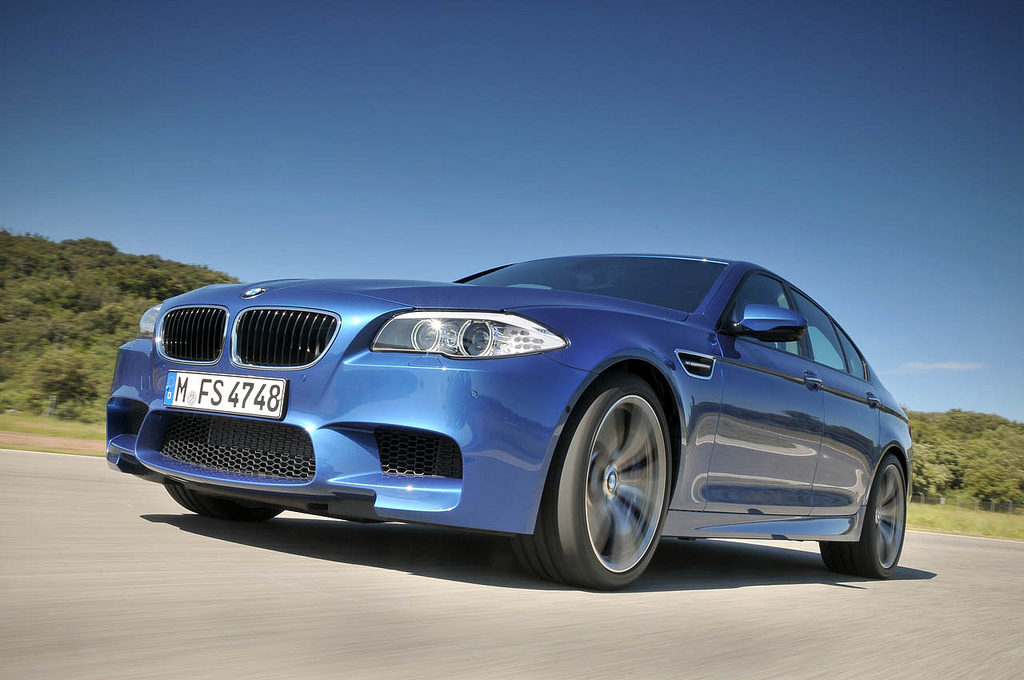 Rumor: New BMW M5 to get diesel and AWD version

August 11, 2011 Chris Chin Comments Off on Rumor: New BMW M5 to get diesel and AWD version