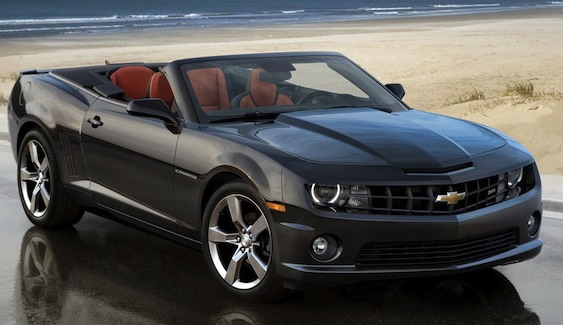 Making its world debut tomorrow at the 2010 LA Auto Show is the 2011 Chevrolet Camaro Convertible, which will enter production in January.

“The launch of the new convertible opens Camaro design and performance to a new set of potential customers,” said Chris Perry, vice president of Chevrolet marketing. “The 21st century revival of Camaro is tremendously popular, so it”s a natural to now expand and elevate the product range in new directions.”

The top of the 2011 Chevrolet Camaro Convertible is made of a thick, durable canvas and features a special headliner that provides for a quiet ride. It also incorporates a glass rear window and rear window defogger. The top is activated by turning a latch to the open position and pushing a single button that lowers the windows and lets the sun in. The Camaro Convertible doesn”t have to be parked for the top to be activated, so you can quickly pull it down at a red light.

The entry-level 2011 Chevrolet Camaro LT Convertible is powered by a 3.6L direct-injection V6 engine that produces 312-hp and 278 lb-ft of torque.  The Camaro Convertible SS models is offered with two 6.2L V8 powertrain choices including the L99 on automatic-equipped vehicles and the LS3 on manual-equipped models The L99 engine produces 400-hp and a maximum torque of 410 lb-ft while the LS3 makes 426-hp and 420 lb-ft of torque.

The 2011 Chevrolet Camaro Convertible will be offered in 1LT/2LT (V6) and 1SS/2SS (V8) trim packages with prices starting from $30,000 (including $850 destination). It is offered with nine production exterior colors are available, with tops offered in black or tan. Rear parking assist is standard on all convertible models.

The convertible will be offered in similar model configurations as the Camaro coupe. The standard model will have a 312-horsepower direct injection V-6 engine delivering 29 mpg highway. The SS model will feature the 6.2L V-8 engine producing 426 horsepower. A six-speed manual transmission will be standard, with an optional six-speed automatic.

Camaro seized leadership in U.S. sales in its segment with the original coupe model that launched in spring 2009 as a 2010 model. The right to purchase one of the first convertibles was recently sold at the Barrett-Jackson auction for $205,000, with all proceeds donated to charity. The 2011 Neiman Marcus Edition Camaro convertibles, a group of 100 exclusive cars with custom-designed elements and priced at $75,000 each, sold out in only three minutes.

The Camaro convertible delivers great refinement, along with uncompromising, coupe-like driving dynamics. Its enhanced body structure helps prevent cowl or steering wheel shake, for a strong, confident feel in all driving conditions. The top has a smooth, tailored fit, with acoustical foam in the headliner that helps deliver a quiet ride with the top up.

Camaro convertible is offered in 1LT/2LT (V-6) and 1SS/2SS (V-8) trim packages and priced from $30,000 MSRP (including $850 destination). Nine production exterior colors are available, with tops offered in black or tan. Rear parking assist is standard on all convertible models.

The Camaro”s architecture was designed to accommodate a convertible model, which means customers enjoy the fun of top-down cruising with coupe-like driving dynamics. Four strategic reinforcements enhance the already-stiff body structure to eliminate common convertible maladies of cowl and steering wheel shake. They include:

“Our goal in development was to make the convertible match the coupe as closely as possible in ride quality, handling and overall performance,” said Al Oppenheiser, Camaro chief engineer.

A telling example of the Camaro convertible”s strength is evidenced in its suspension tuning ““ specifically, the lack of changes between the convertible and coupe models.

“To compensate for the reduced structure of an open car, engineers often will make the suspension softer, making the convertible a boulevard cruiser,” said Oppenheiser. “Instead, we took the more difficult, but better path of bolstering structure rather than softening the suspension. We didn”t change a strut, bushing or spring rate from the Camaro coupe.”

The result is a convertible that preserves nearly all the acceleration, road-holding and performance capabilities of the Camaro coupe.

Additional safety structural reinforcements are designed to improve noise and vibration characteristics, while also contributing to the elimination of cowl/steering wheel shake. They include a hydrofromed tube in the A-pillars, an inner reinforcement bracket in the windshield header, a reinforced front hinge pillar and reinforcements inside the rockers.

At the outset, designers and engineers sought to eliminate the common appearance of convertible top support ribs and they succeeded, using composite knuckles rather than aluminum ones, as well as extending the top material below the belt line and revising the top”s stitch lines. The result is a top that has a smooth, taut and carefully tailored appearance that also retains the sleek roofline of the coupe.

The power-folding top retracts in about 20 seconds. It is built in partnership with the same manufacturer as the Corvette convertible top, and operates in a similar manner. That means it folds in a simple “Z” pattern and latches with a single, convenient handle located at the center of the windshield header. Other convertible models in this segment still offer convertible tops with dual latches, forcing drivers into two-hand operations reaching across the car.

Once the latch is turned to the open position, the push of a single button lowers the windows and activates the top. The car doesn”t have to be parked for the top to be activated, allowing for spur-of-the-moment lowering while stopped at a stoplight.

The top is made of thick, durable canvas and it features acoustical headliner material that provides a quiet, coupe-like ride when the top is up. It also incorporates a glass rear window and rear window defogger.

A folding, one-piece tonneau cover is standard on 2LT and 2SS models and optional on 1LT/1SS. It covers the folded top for a finished appearance. An accessory windscreen is available from Chevrolet dealers. It installs behind the front seats to limit wind buffeting when driving with the top down.

A myriad of fine details distinguish Camaro convertible models, including:

The relocation of the trunk lock cylinder also cleans up the Camaro convertible”s appearance, moving from the panel between the taillamps to a discreet area between the rear seat back cushion and driver”s side interior panel. The change retains full, lockable access to the trunk, with the keyless remote fob also offering easy trunk access.

Finally, the subwoofer ““ either an eight-inch unit with the base sound system or a 10-inch subwoofer with the available Boston Acoustics system ““ is relocated from the trunk to an area between the rear seat cushions.

Camaro LT convertible models are offered with a 3.6L direct injection (DI) V-6 that delivers more power through increased efficiency, while maintaining fuel economy and lowering emissions ““ including a 25-percent drop in cold-start hydrocarbon emissions. It is rated at 312 horsepower (232 kW) and 278 lb.-ft. of torque (370 Nm). Peak fuel economy with the direct injection V-6 is 29 miles per gallon on the highway.

The L99 features the fuel-saving Active Fuel Management System, which saves fuel by shutting down half of the engine”s cylinders during certain light-load driving conditions, such as highway cruising. 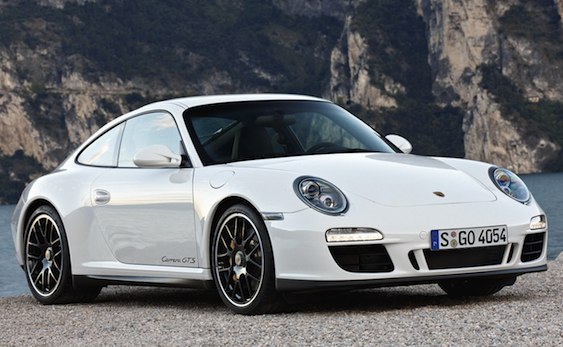