Ford’s Focus Electric is ready to make its way to the market in late 2011 and today the Dearborn automaker announced the first U.S. markets scheduled to receive the company’s new electric-car.

“There is a great deal of excitement for the Focus Electric across America and Ford wants to build on this enthusiasm by making our first all electric passenger vehicle available in as many pilot markets as possible,” said Mark Fields, President of the Americas, Ford Motor Company. “This is the first step in rolling out the Focus Electric. As the country continues to build up its electric vehicle infrastructure and demand for the Focus Electric grows, Ford will continue to evaluate additional markets and consider making this vehicle available in more cities across the country.”

The Focus Electric”s motor will be powered by a 23 kwh lithium-ion battery that will allow for a total of 100 miles on a single charge.

The Focus Electric initial markets were chosen based on several different criteria including existing hybrid purchase trends, utility company collaboration and local government commitment to electrification. As part of the collaboration with dealers, utilities and local governments, Ford will help develop consumer outreach and education programs on electric vehicles as well as share information on charging needs and requirements to ensure the electrical grid can support customers” needs.

Focus Electric, available in late 2011, will be built at the Michigan Assembly Plant in Wayne, Mich. Production will occur on the same line as the gasoline version of the Focus. Using an existing vehicle platform and assembly line will give Ford the ability to vary production based on demand for the Focus Electric.

The Focus Electric will offer consumers the same fun and exciting driving experience as the gasoline powered version. Instead of a traditional gas engine, the Focus Electric”s motor will be powered by a 23 kwh lithium-ion battery. The system utilizes liquid heating and cooling system to maximize battery life and driving range.

Collaboration between Ford and local authorities
Ford has been working with local government agencies and utilities in several of the selected markets to help prepare for the adoption of electric vehicles. Efforts focus on development of consumer outreach and education programs on electric vehicles as well as shared information on charging needs and requirements to allow for ease of consumer charging and to ensure the electrical grid can support the necessary additional demand.

“Making electric vehicles a viable option for consumers requires teamwork across a variety of industries and government entities,” said Mike Tinskey, Global Manager of Electric Vehicle Infrastructure, Ford Motor Company. “Working with utilities, governments and technology companies is a key part of our electric strategy to make sure the infrastructure and support for electric vehicles is in place as we begin rolling them out.”

As part of its electrification outreach, Ford has been conducting the “Charging Into the Future: The Ford Electric Vehicle Tour.” The 14-city tour promotes Ford”s electric vehicle strategy and educates consumers about what to expect from electrified automobiles and what is needed from the public and private sector to support this new technology.

Ford”s electrification strategy also leverages the most fuel-efficient powertrains, the most technically competent hybrids and the company”s global vehicle platforms in order to develop affordable choices for consumers. 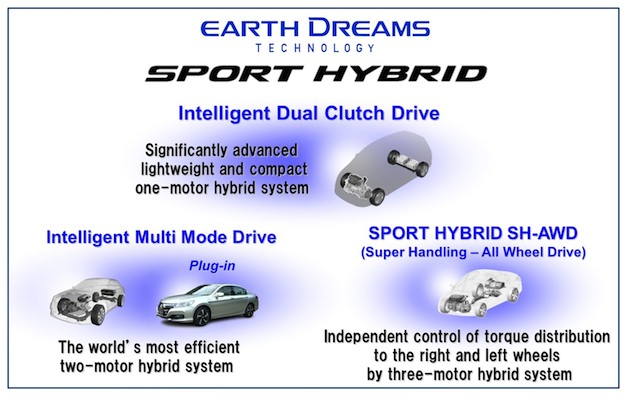 Report: Honda Civics in the near future to get “Earth Dreams” motors and tech for better fuel economy

June 25, 2013 Chris Chin Comments Off on Report: Honda Civics in the near future to get “Earth Dreams” motors and tech for better fuel economy