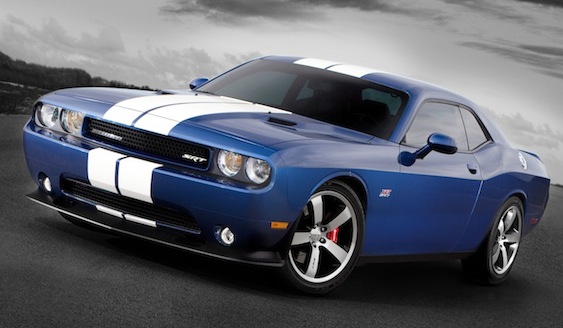 For the 2011 model year, the Dodge Challenger SRT8 is stepping up the game with a big boost in power and performance. Leaving the Camaro SS and the Mustang GT in the rear-view mirror (in terms of horsepower at least), the 2011 Challenger SRT8 gets a 392-cubic inch HEMI V8 making 470-hp and 470 lb-ft. of torque, an extra 90 lb-ft of torque at 2,900 rpm versus the previous 6.1-liter V-8 engine.

“We listened to our devoted, loyal Dodge customers, and this new Dodge Challenger SRT8 392 answers their call for more power off the line,” said Ralph Gilles, President and CEO “” Dodge Brand, Chrysler Group LLC. “We consciously tuned the 392 for a lot more torque, as that is what truly creates the thrust that sets you back in the seat and keeps you there! We can”t wait to see our customers” reactions when they get behind the wheel and put their foot on the throttle ““ it is so responsive and a blast to drive.”

The 2011 Dodge Challenger SRT8 392 is available standard with a 5-speed automatic transmission with Auto Stick or an optional Tremec TR-6060 6-speed manual transmission. Mated to the 392-cubic inch HEMI V8, the combination allows the Dodge Challenger SRT8 392 to go from 0-60 mph in the high 4-second range and a 1/4 mile run in 12 seconds. For those of you thinking that the new 392 will burn a lot of gas, Chrysler has added its the Fuel Saver technology in automatic transmission equipped models, which allows the engine to operate 4-cylinders when all 8-cylinders are not needed.

Chrysler will build 1,492 Inaugural Edition models with exclusive interior and exterior appointments. Prices of the Inaugural Edition will be announced closer to launch but the standard 2011 Dodge Challenger SRT8 392 will start at $42,555 (excluding an $825 destination charge and any applicable gas guzzler taxes).

November 2, 2010 , Auburn Hills, Mich. -For 2011, the Dodge brand”s ultimate modern American muscle coupe receives a big boost in power and performance. And the product story goes beyond the impressive horsepower and torque lurking under the hood.

The new Dodge Challenger SRT8 392 builds on its original mantra of a rear-wheel-drive coupe that promises a balanced approach between form and function, with impressive straight-line acceleration and world-class ride and handling to go along with high-performance braking and the latest technology that delivers improved fuel efficiency.

The result is the newest version of the quickest coupe in the Dodge lineup packed with modern amenities and features performance enthusiasts will love.

The return of the legendary 392-cubic inch HEMI® powertrain back to the street in the Dodge Challenger SRT8 392 provides another step in showcasing the evolution of the performance brand.

The 2011 Dodge Challenger SRT8 392 is available with either the standard five-speed automatic transmission with Auto Stick or an available Tremec TR-6060 six-speed manual transmission that was first offered on the 2008 Dodge Viper SRT10®. An improved heavy-duty clutch provides easier shift engagement.

Like the original 392 HEMI, the performance on the street and at the track is sure to turn heads with numbers such as 0-60 mph in high 4-second range and quarter-mile elapsed time in the high 12s.

New for 2011 is the Fuel Saver technology in automatic transmission equipped models, which allows the engine to operate economically on four cylinders or use all eight cylinders when needed.

Under the hood, unique valve covers with painted silver ribs and the “392 HEMI” logo give the HEMI powerplant a clean, yet aggressive look.

A redesigned SRT-tuned exhaust system results in a deeper, throatier note that will surely create envious onlookers both during daily commutes and at the race track.

To kick off production of the 2011 Dodge Challenger SRT8 392, 1,492 Inaugural Edition models (1,100 for the U.S. and 392 for Canada) will be produced featuring exclusive exterior and interior content.

Unique “392 HEMI” badges flank both fenders touting the historically significant V-8 engine that remains true to its high-performance roots and powers the highest rated Challenger in terms of horsepower and torque ratings. From the rear, the Mopar® quad exhaust tips deliver the performance exhaust note while adding the styling cue of a serious muscle car.

The race-inspired interior of the Challenger SRT8 392 Inaugural Edition begins with standard Smooth Pearl White leather-trimmed seats and dual blue stripes accented by unique blue stitching. Each of the front seats features an embroidered “392” just below the headrest.

The exterior styling of the 2011 Dodge Challenger SRT8 392 remains unmistakably Dodge, with proportions that evoke a bold, instantly recognizable vehicle that has a wide, stable stance on the road.

A larger front splitter and integrated front fender spats improve overall high-speed aerodynamics and overall balance. Top speed has been increased to more than 180 mph with the manual transmission (173 mph in the automatic). A newly modified front fascia chin spoiler improves aerodynamics and is accent painted for a more aggressive look. The rear deck-lid spoiler also is completed in matching body color.

The precise performance handling of the Challenger SRT8 392 comes to life through a new, right-sized, three-spoke steering wheel that features a carbon fiber accented leather wrap and silver metallic painted spokes at the 3-, 6- and 9 o”clock positions.

Power lumbar-equipped front seats are standard on all Challenger SRT8 392 models. It”s also much easier to get in and out of the rear seat. The driver”s seat now features seatback tilt with memory and an easy to reach release handle, while the front-passenger seat adds tilt and slide with memory, which makes it even easier to use.

The performance SRT-tuned, fully-hydraulic steering system also has been improved with a new, heavy-duty pump and revised gearing to give drivers more direct feel and on-center response.

The result: the 2011 Challenger SRT8 392 is capable of .93g on the skid pad ““ the most of any production Challenger and on par with some of the world”s best-handling performance coupes.

The original 392 HEMI engine was introduced in the new 1957 model year Chrysler and Imperial products. It replaced the 354 cubic-inch version of the original HEMI launched in 1951.Compared with the 354 engine, the 392 was completely revised and improved, with larger valves and ports, a beefier block and crankshaft and improved bearings. In short, the 392 HEMI, often affectionately referred to simply as the “92,” was perfect for drag racing.

More than a few racers at that time immediately enhanced the performance of the newest HEMI by bolting on six or eight carburetors, installing new camshafts, etc., and went racing.

Racing legend Don “˜Big Daddy” Garlits ran a 392 in his infamous Swamp Rat I dragster at record speeds of faster than 180 mph on nitro with no supercharger. Garlits also used a 392 HEMI to officially break the 200-mph barrier when his Swamp Rat went 201.34 mph at Atco, N.J., in 1964.

But the 392″s success went beyond the drag strip. It also set records at the Bonneville Salt Flats and in boat racing. Drag racing boats were no different than their land-based counterparts in the use of the 392. Famous HEMI engine builder Keith Black was better known on the water than on the land, until he teamed up with Tommy Greer and hired Don “The Snake” Prudhomme to dominate Top Fuel in California in the early 1960s using a 392 HEMI. 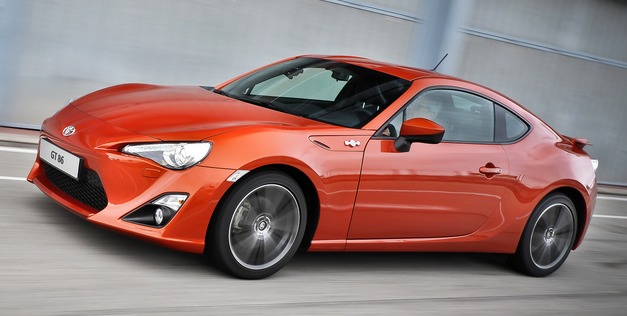