If you ever had thoughts about marrying your cousin, not to worry! The Ford F150 is the ideal choice to go hand-in-hand with your marriage. It also has been the most popular selling vehicle in America since”¦well, Jimmy Carter was in office. But truth be told, the pickup is the most versatile vehicle in the world. You can haul your family, all their belongings in the bed plus some and virtually go anywhere you want in comfort and style”¦if mullets, denim jackets and trucker hats are your thing.

Ford is fitting the new F150 with the new twin-turbo gasoline direct-injected 3.5L EcoBoost V6 that we saw in the new Taurus SHO. Horsepower output remains the same but the ECU has been reworked to push out 420 lb-ft of torque rather than 350 like in the SHO. The EcoBoost enters the lineup next to it sister, the 3.7L naturally aspirated V6. Both virtually share the same basic architecture, what with four valves per cylinder, TI-VCT variable timing, and an all-aluminum construction and both are mated with Ford”s new 6-speed automatic.

Ford has yet to release EPA fuel economy figures but there”s speculation of around 24 MPG on the highway. Not bad for a 2-plus ton brute.

Just recently, PickupTrucks.com took the new EcoBoost F150s to the quarter-mile drag strip at Milan. The results: the 3.7L clocked its quarter mile at 15.87 seconds and 87.69 MPH, whereas the EcoBoost tagged its time slip at 14.67 seconds and 94.6 MPH. According to the site, the EcoBoost bested the V8 half-tons by quite a bit. Not bad. 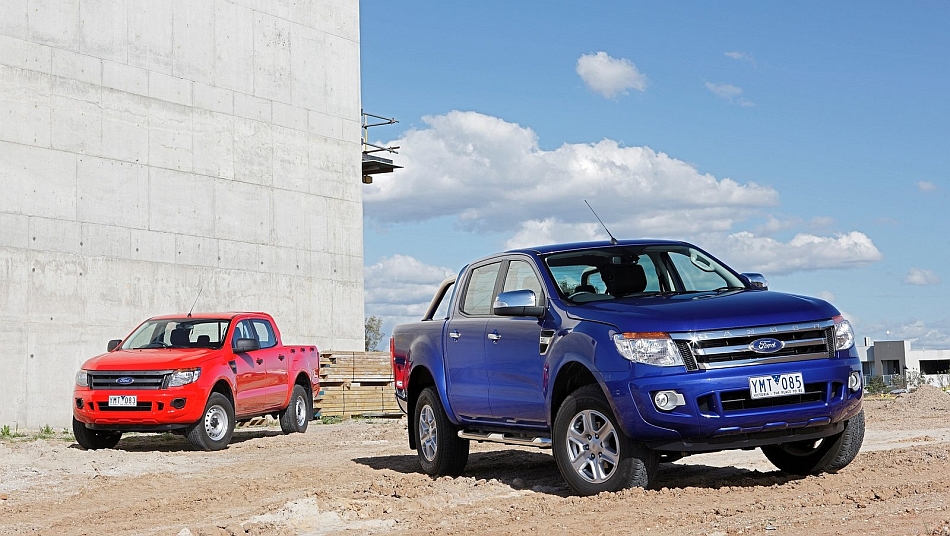 Report: A new Ford Ranger could return to the US by 2018

October 18, 2010 Omar Rana Comments Off on Forget the Chevrolet Volt’s EV or plug-in hybrid controversy, it’s capable of getting 127 mpg