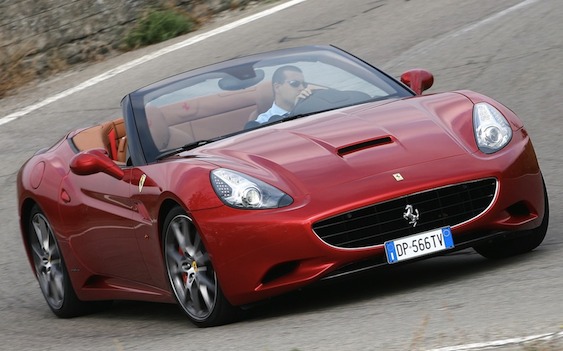 Usually when automakers add fuel-efficiency into the mix of producing a vehicle – they normally do so by reducing the overall performance of the car. That is not the case here. Ferrari introduced its new HELE system at the 2010 Paris Motor Show and the first model to get the system is the Ferrari California.

HELE, which stands for High Emotion Low Emissions, allows the California to produce 299 g/km of CO2 on the combined ECE+EUDC cycle while boosting performance. Overall, emissions falls by up to 23 percent. Ferrari says that all solutions used to cut emissions also boost performance.

“In fact, in terms of the cooling system, the introduction of the brushless motor and continual fan speed control has allowed the Ferrari technicians to decrease current absorption and cut the system”s weight by over 2 kg as well as reduce aerodynamic drag by 5 per cent at high speeds,” Ferrari said.

Thee Ferrari California is also the first model from the Italian automaker to feature the new Stop&Start system which increases fuel-consumption and restarts the car in just 230 milliseconds.

Not a bad deal at all.

Hit the jump for the press release for more details on the HELE system.

Ferrari California with the HELE system

The 2010 Paris Motor Show provides the backdrop to Ferrari”s presentation of the new HELE (High Emotion Low Emissions) system designed to reduce the environmental impact of its cars whilst boosting their performance and driving pleasure.

The first model to benefit from the HELE system is the Ferrari California which, at launch, produced 299 g/km of CO2 on the combined ECE+EUDC cycle. Thanks to the HELE system, however, that figure has been drastically reduced and the Prancing Horse convertible now produces just 270 g/km. However, emissions fall by up to 23 per cent over an urban cycle that represents real-life use by a client.

The Maranello engineers are tackling the emissions challenge by optimising the existing technological content of the car and by introducing innovations designed to reduce its energy requirements (vehicle efficiency) and increase the amount of power generated (engine efficiency).

All of these solutions cut emissions and boost sportiness. In fact, in terms of the cooling system, the introduction of the brushless motor and continual fan speed control has allowed the Ferrari technicians to decrease current absorption and cut the system”s weight by over 2 kg as well as reduce aerodynamic drag by 5 per cent at high speeds.

The fuel pump capacity is controlled constantly by the engine CPU to limit power demands on the alternator, while intelligent air-conditioning compressor displacement control slashes the amount of torque absorbed by the system by 35 per cent and makes for more rapid, efficient cabin cooling.

The result of these refinements is that, under normal running conditions, the engine can avail of an extra 25 Nm of torque which in turn boosts responsiveness.

With regard to the transmission, in automatic mode the gearbox CPU automatically identifies the driving style being used and adapts the gear shifts to match. If, for instance, it recognises a driving style that demands moderate torque at low engine speeds (typical of city driving), it optimises the gear shifts to cut fuel consumption. If, however, a sportier driving style is adopted, then gear shifting becomes more high performance too. There is also a pedal map for each gear to guarantee maximum responsiveness to even small amounts of pressure on the accelerator and very precise torque delivery at all times.

Added to this, the California is the first Ferrari to sport the Stop&Start system which restarts the car in just 230 milliseconds, so that there is no impingement at all on driveability. Once again, the technicians” goal with this technology was to improve fuel consumption levels and sportiness in tandem. They have done so using features designed specifically to allow the driver to restart the engine not just by releasing the brake pedal, but also by using the accelerator pedal (ideal for people who left-foot brake) or the UP paddle mounted on the steering wheel. 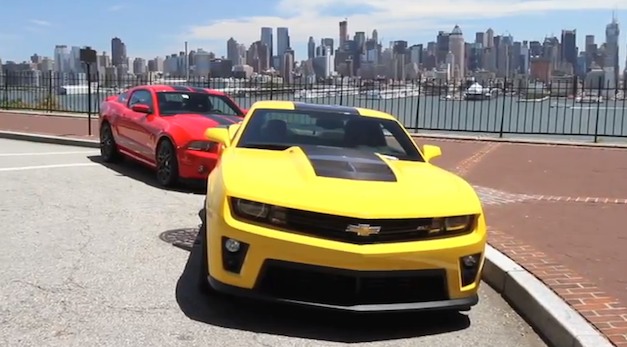 November 25, 2011 Alexandra Comments Off on Delavilla’s R1 is a widebody Porsche Cayman capable of 420-hp