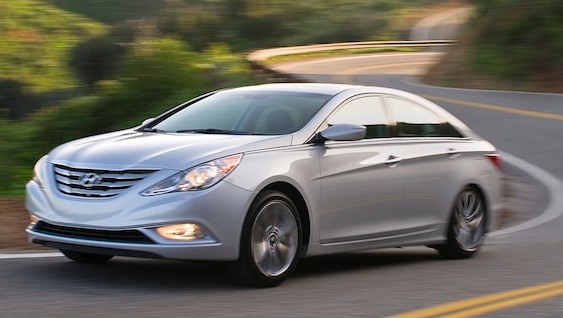 “When we first showed the Sonata Turbo earlier this year, we promised more horsepower than our V6 competitors, with great four-cylinder fuel economy, all for under $25,000,” said John Krafcik, Hyundai Motor America president and CEO. “With the introduction of the Sonata 2.0T, we’re delivering on all three of those commitments, with an MSRP of just $24,145 for an incredibly well-equipped Sonata 2.0T SE. The new Sonata lineup demonstrates what Hyundai’s Blue Drive approach to fuel economy leadership is all about ““ game-changing products with industry-leading fuel efficiency that aren’t compromises or low-volume ‘special-fuel-economy’ marketing ploys.”

FOUNTAIN VALLEY, Calif., Oct. 4 — Hyundai Motor America has announced pricing for its all-new Sonata 2.0T Turbo, starting at $24,145 MSRP for the Sonata SE 2.0T and $27,045 for the Sonata Limited 2.0T.
With the addition of the all-new 2.0-liter Theta II turbocharged GDI engine, the new 2011 Sonata offers an unprecedented combination of segment-leading fuel efficiency and power, with 33 mpg highway and 274 horsepower. Remarkably, the Sonata 2.0T delivers these industry-leading benchmarks on regular fuel. Turbocharging and GDI are key elements of Blue Drive, the company’s environmental initiative to lead the industry in fuel efficiency.

The 2.0-liter turbocharged GDI four-cylinder engine produces 274 horsepower at 6,000 rpm and 269 lb-ft of torque from 1750-4500 rpm with regular fuel, while delivering 22 mpg city and 33 mpg highway. Hyundai’s 2.0T engine features a twin-scroll turbocharger that, when combined with the GDI system, results in crisp, responsive power delivery. Twin-scroll turbochargers have traditionally been used on more expensive high performance engines, but as with direct injection, Hyundai has chosen once again to apply this efficient technology in high volume to its most popular model.