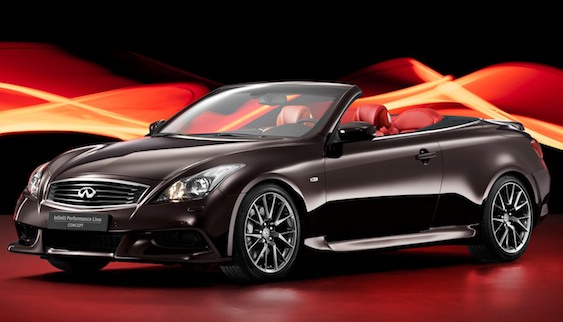 Last month Infiniti launched its new 2011 Infiniti IPL (Infiniti Performance Line) G Coupe, which is set to go on sale at retailers throughout the United States in December. The brand today released photos of its new IPL G Convertible Concept, which will debut next week at the Paris Auto Show.

No word yet on whether the Infiniti IPL G Convertible Concept will make it into production but we definitely don’t doubt the possibility.