Following a short preview from Vauxhall earlier this month, Opel today released some more details and images of the two brand’s new GTC Paris concept. As stated before, the Paris GTC concept gives the “strongest hint yet to the Astra Sport Hatch”s successor.”

Power for the Opel/Vauxhall GTC Paris concept comes from a 2.0L twin-scroll turbocharged 4-cylinder engine making 290-hp mated to a 6-speed manual transmission. Opel says that “double camshaft phasing and twin balance shafts provide the basis of the engine”s impressive performance data,” which have yet to be released. The limited slip differential helps control traction without limiting the torque.

The GTC Paris concept also gets the FlexRide adaptive suspension system, which continuously adapts to changes in driving style and cornering speed, allowing for a more rewarding driving experience.

Paris/RÃ¼sselsheim.  The GTC Paris concept car embodies the passionate side of Opel: Its role is to show how Opel can “dial up” the brand”s now established design direction by creating a very sporty and emotional interpretation.

The GTC Paris is designed to be artistically sculpted using sweeping dynamic lines. At the same time, it is engineered with German precision and energized with technical innovation, like a 2.0 liter Turbo gasoline engine with direct injection, a new execution of the fully adaptive FlexRide suspension and an limited slip differential in the front.

This three-door sporty hatch is pure but sporty, simple but expressive and at the same time bold and iconic. Keeping in line with Opel”s DNA, it is an achievable dream car, conceived to showcase an energized brand. This energy is also conveyed by the vibrant and expressive Liquid Metal Red exterior color.

Coming close on the heels of the new generation Astra Sports Tourer which will also debut at the Paris motor show, the GTC Paris is how Opel envisions the next logical step of a newly shaped line-up.

Exterior design: Muscular lines like tendons on a sprinter

At 4.46 meters, the GTC Paris is the ideal size for a compact, sporty car, which still offers room for five. In profile, the designers have maximized drama by limiting the amount of lines in the GTC Paris. Three strong lines create tension and provide a sculpted shape. The Opel signature blade is introduced in the same direction as first seen in the Insignia — a fine, crisp line that sweeps upward from the rocker at the beginning of the front door. A second line encapsulates the door handle and sweeps to the rear, emphasizing the vehicle”s dramatic stance by spreading the surfaces to a fine undercut and a broad shoulder. The third line following the silhouette of the roof is finished in finely brushed aluminum accentuating the window graphic, which guides the eye to the sharply accented integrated spoiler.

The shoulder section is the most dramatic area of the Opel GTC Paris. The broadest point pulls down to a wide athletic “bulldog stance,” giving the car a very purposeful road presence. The line from the C-pillar slides into the tail and curls around into the rear spoiler, which is ingeniously integrated into the continuing roof line.

The clean frontal styling features Opel”s typical centerline crease.  It is further accented by intense, very slim eagle-eye shaped headlamps acting as parenthesis between the refined chrome emblem bar and the dramatic low trapezoidal grill which hints at its sporty character. Opel typical wing-shaped signature LED daytime running lights get a new twist with finely sculptured chrome jewels that are seen easily behind clear glass. The trapezoidal grille is recognizably Opel, but separate from the chrome bar and placed lower, for a race track feel.

The wide stance is accentuated in the rear, where the proportion of the vehicle is most imposing due to the powerful shoulder design. This is further enhanced with the LED taillights and one long stretched “wing” motif, which make the new Opel vehicles distinguishable at night.

The aerodynamics of the dynamic 21-inch wheels is optimized with carbon-fiber inserts which enclose the center caps.

Echoing the flowing, sculpted forms of the bodywork, the hallmarks of the GTC Paris interior are sweeping lines and shapes as well as the bold use of fabric. The interior is driver-focused, with a positive/negative use of color: Whereas the driver”s seat is red with black trim, all other components in the interior are outfitted in a charcoal black with red stitching. The car”s inspiration, a quote from Richard Bach”s novel,Jonathon Livingstone Seagull is laser-etched in calligraphy script into the seat “¦ “and the speed was pure beauty.”

Sporty, bucket front seats have been specially designed for the GTC Paris. Their aggressively shaped contours and graphics perfectly compliment the overall dynamic spirit of the car are outlined in titanium and filled in with black netting, repeating a design cue seen on the carbon fiber inserts on the wheels.

The small black leather racing steering wheel features metal inserts. On the dashboard, the interior continues Opel”s recurring “wing” and “blade” motifs. In this execution, the blade theme is expressed in details like the shape of the polished chrome door grab handles and the trim for gearshift molding. The wing design cue is immediately evident in the warm, inviting wraparound instrument panel that embraces front seat occupants. It arcs across the cabin into the top of the door moldings.

The Opel design team used leather and micro-fibers for the seats, plush carpeting on the flooring, and a textured black instrument panel. These classic materials have a contemporary twist, not only in the choice of hues but also in the positive/negative stitching.

In line with Opel”s strategy to turbo-charge for efficient performance, the GTC Paris is powered by a small displacement, twin-scroll turbo-charged four-cylinder with direct injection – a range-topping 2.0-liter Turbo equipped with a six-speed manual transmission. . This punchy engine packs 213 kW/290 hp. Double camshaft phasing and twin balance shafts provide the basis of the engine”s impressive performance data. In addition, an Limited Slip Differential helps control traction without limiting the torque of this state-of-the-art turbo engine.

Yet with all this performance, environmental responsibility is not forgotten: Start/Stop technology keeps emissions and noise down in the urban traffic. This keeps the GTC Paris frugal without diminishing its sporty character.

The best of Opel”s compact car technology is brought to its sportiest level on this concept car. The chassis has a special design with an extra-wide stance for best possible performance and handling. In addition to the front limited slip differential, it has a compound crank with an Opel-exclusive Watt”s Link in the rear, and a new execution of the adaptive mechatronic FlexRide suspension..

The compound crank rear axle enhanced with the cleverly positioned Watt”s link enables the crisp handling and high comfort that is being celebrated on the current Astra. Keeping the advantages of size, weight and overall efficiency of the compound crank rear axle layout over a classical multi-link design, the architecture with its additional Watt”s link better supports lateral forces on the suspension while cornering. It also makes the car dynamic and agile without compromising on stability and comfort.

The GTC Paris also features the FlexRide adaptive suspension system, which continuously adapts to changes in driving style and cornering speed. Apart from a more rewarding driving experience, FlexRide also offers safety benefits in emergency situations as it enhances the vehicle stability in all circumstances.

Together features like these allow the sporty compact GTC Paris concept to make best use of  the power and energy conveyed by its design. 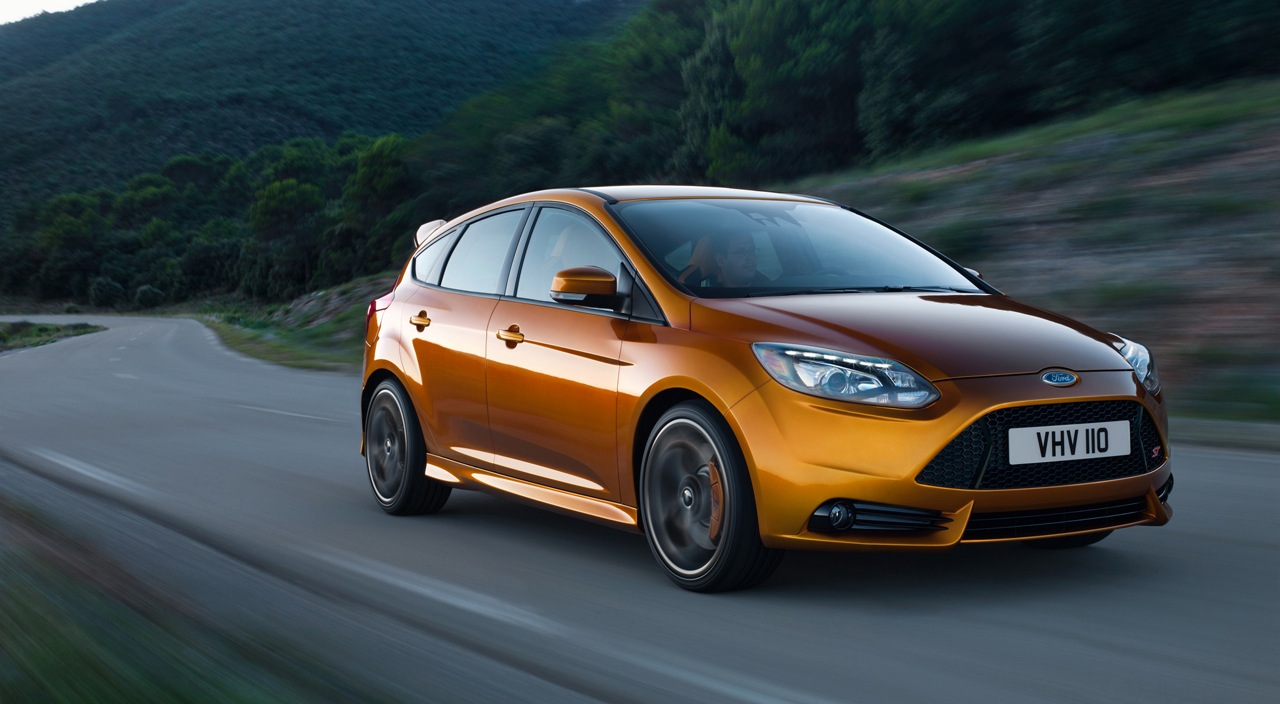 May 22, 2011 Omar Rana Comments Off on 2012 Ford Focus ST will be exactly the same everywhere in the world