To get customers familiar with how the 2011 Ford F-150 powered by a 3.5L EcoBoost compares to the competition, FoMoCo will give some 20,000 people the opportunity to test drive the model months before it its the dealer showroom floors.

The event, known as the Built Ford Tough Roundup, is a complete drive program for consumers, fleet customers, and dealership sales staff. The event will be held in seven cities throughout the country between now and November. Ford will also offer drives of its full car and truck lineup to fair-goers at the State Fair of Texas in Dallas next month.

“We know that once people get into the 2011 F-150 and experience the four new engines that they”re really going to be sold on them. Some of our dealers had a chance to drive it and one constant feedback was “˜Wow!”” said Mark Grueber, F-150 Marketing manager. “Customers tell us they”re really impressed with the specs of the new engines ““ including best-in-class horsepower, torque, trailer tow and fuel economy ““ but they want to get behind the wheel and compare it with the competition.”

For a complete listing of dates and locations, please visit www.driveF150.com.

DEARBORN, Mich., Sept. 17, 2010 ““ Ford will put some 20,000 people behind the wheel of the new 2011 Ford F-150 months before the vehicle arrives in dealer showrooms so they can see for themselves how its all-new powertrain lineup ““ including the much-anticipated 3.5-liter EcoBoost ““ performs and how F-150 stacks up against the competition.

The Ford EcoBoost engine will be available in 90 percent of the 2011 Ford F-150 lineup.

The Built Ford Tough Roundup, a comprehensive drive program for consumers, fleet customers, and dealership sales staff, will travel to seven cities throughout the country between now and November. Additionally, Ford will offer drives of its full car and truck lineup to fair-goers at the State Fair of Texas in Dallas next month.

Participants who sign up for the drive experience at www.driveF150.com will be able to test drive the new 2011 F-150 and compare the power to competitive vehicles in an acceleration drive, which is set up like a drag race. They”ll also be able to see for themselves how the EcoBoost engine performs towing a trailer.

From this site, consumers can “share” the link on Facebook and write about it on their wall. Additionally, the public registration link can be accessed directly through Facebook at: www.facebook.com/fordtrucks.

“It”s a great opportunity for people to experience how the new F-150 compares to the competition in back-to-back drives and do things they would not be able to do easily in a dealership test drive,” said Mark Grueber, F-150 Marketing manager.

In addition to the drive activities, there will be plenty of information on display with product experts on hand to answer questions, as well as activities the whole family can enjoy including a remote-control F-150 SVT Raptor race course and a bounce house for the kids.

The first drive event will be held in Dallas at Texas Motor Speedway on Sept. 24-25. Other cities include Houston, Atlanta, Orlando, Los Angeles and Aberdeen, Maryland. For a complete listing of dates and locations, please visit www.driveF150.com. 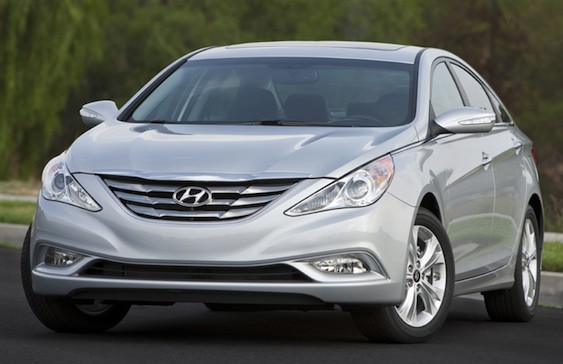