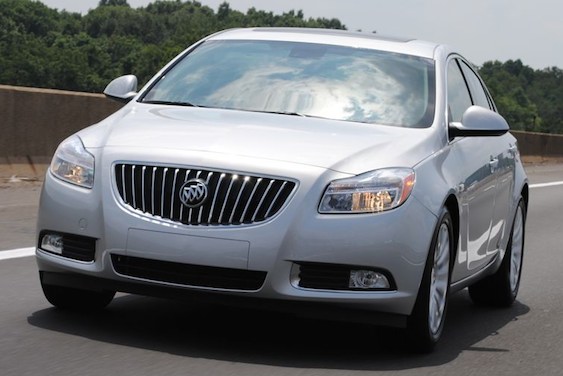 Having been initially introduced by GM in 1973, the Buick Regal was designed and engineered to be a competitor in the mid-sized sedan segment. The Regal would remain a mainstay in the GM lineup until 2004 when North American production was halted, but it continued to develop and flourish in the Chinese market where it sold exceptionally well.

Well, GM is now reinventing the Buick brand and the Regal mid-size sedan has returned to the stateside for the 2011 model year to help out – but there is an upscale twist to its return. The all-new 2011 Buick Regal is essentially a rebadged Opel Insignia; it is actually manufactured alongside that very same car in the GM subsidiary”s Russelsheim, Germany factory. The return of a classic all-American car however, is anything but an all-American affair; the design, engineering and manufacturing is all German, which to anyone who knows about cars, is certainly a positive thing. So how does an all-German built American Regal stand up to competition the likes of the Acura TSX, Lincoln MKZ, and the Volvo S60? Let”s take a look.

We mentioned the shared engineering between the Regal and the Insignia, and we feel compelled to mention it again as one of the few primary differences between the two cars when compared side-by-side is the badging. No aspect of the new Regal is reminiscent of the old and we really didn”t expect it to be. This is deliberate according to design director John Cafaro, who says that the new generation is “˜all about great proportions”. “For example, the fenders are flared to wrap around the tires, an aggressive stance that people aren”t used to seeing in recent Buicks,” Cafaro says.

Through and through, the 2011 Regal possesses an air of performance-oriented design, with an aggressively designed front-end, and contrastingly elegant rear-end. Despite the decided “˜German-ness” of this car – even the front license plate bracket is shaped for a German tag – GM did make an effort to “˜Buick-ize” the car for the North American market. The waterfall grille and delicate appointment of chrome trim are two features that are distinctly Buick… and well, that”s about it. But with standard exterior equipment including daytime running lamps, halogen fog lamps, and 18-inch alloy wheels mixed into a sexy German design, we”re not complaining at all.

In terms of exterior appeal and attractiveness, the Regal takes the cake when compared to the Acura TSX or Lincoln MKZ, and we would say shares the cake with its Swedish competitor, the Volvo S60.

The interior cabin is identical to that of the Insignia, and that is, in our opinion, a very good step on GM”s behalf since it was once known for cheapening out on quality. The German construction really presents itself through the tight fit, strong finish, soft-touch materials, and leather appointments.

No Buick”s performance has really been described as “˜sporty” since perhaps the Grand National. The 2011 Regal has been positioned as a sport-sedan from the gate, and while we can definitely that, we wish GM offered a V6 engine option.

The 2011 Regal CXL, our test-model, derives its power from a 2.4L Ecotec direct-injected 4-cylinder engine that puts out 182-hp. Later this year GM will also offer a CXL Turbo that pulls its power from a 2.0L Ecotec turbocharged 4-cylinder making 220-hp. Both models are/will be offered with an automatic 6-speed transmission with Driver Shift Control (DSC), and the CXL Turbo will also be available with a 6-speed manual.

Our test 2011 Regal CXL was a pleasure to drive enthusiastically, especially knowing it was a Buick. Nonetheless, we did find ourselves craving a bit more power here and there. Despite that craving, the German elements provide for a firm yet comfortable ride and far more agility than any other Buicks we”ve become acquainted with in recent memory. Though it may not possess the pep and power of some of its competitors (all of which offer V6 powertrains), the Regal remains sporty and agile, making for a pleasurable drive.

Those who have a real need for those extra horses, would be well-advised to wait for the CXL Turbo, which will carry a starting MSRP of $29,495. If that”s not enough, the confirmed Regal GS performance model is most likely to pull its power from a 255-hp 4-cylinder turbo engine mated to a 6-speed manual gearbox and all-wheel-drive platform. No official date has been announced for the Regal GS launch.

For those whom power is not the primary driving force, the CXL proves a viable option, especially when considering its fuel-economy of an EPA estimated 20/30 mpg (city/highway). The Turbo is estimated to get 18/29 mpg. Our Regal CXL averaged a combined fuel-economy of 21 mpg during our week long test-drive.

At the end of the day, the 2011 Buick Regal is a pretty generous bargain from General Motors but leaves you craving for more power under the hood. However, if you”re looking for a daily driver that will give you some sportiness with a touch of elegance, than the Regal is something you should definitely throw on your list of cars to test-drives when going shopping for a mid-size sedan. Let’s not forget, at the end of the day you’re driving a completely German Opel Insignia with the Buick emblem on it.

May 13, 2010 Omar Rana Comments Off on Chrysler reconsidering Nassau name, may keep Sebring

Online survey for the 2011 Chevrolet Volt says it will cost $32,000 after tax credit 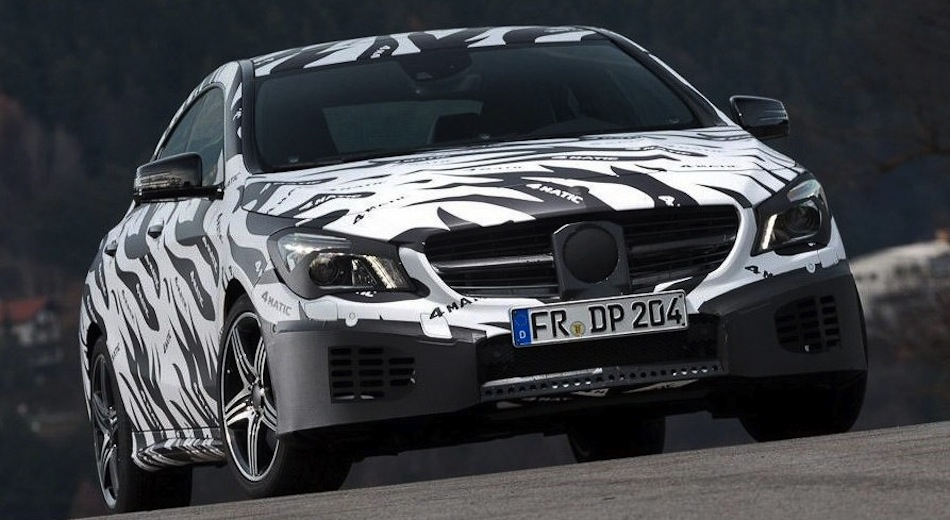