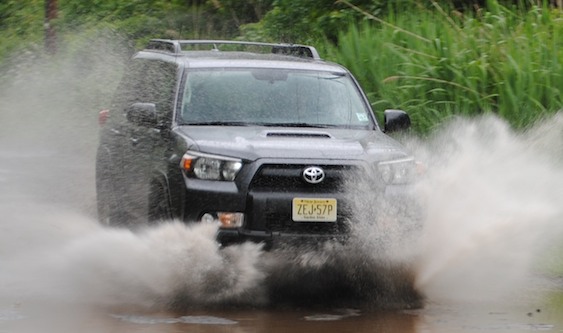 Having debuted back in 1984, the original Toyota 4Runner was based on one of the manufacturers pickup trucks outfitted with a fiberglass shell over the bed. Twenty-five years and four generations of production have evolved this vehicle into something dramatically different. Now, the 4Runner is an independently developed cross between a mid-size and full-size SUV with impressive off-road capabilities.

While the modern 4Runner offers every bit of functionality and reliability of the original, it also offers so much more to today”s consumer. The 2010 model is heavily focused on rugged athleticism with its convenient combination of more power and better efficiency than generations past. Having undergone complete interior and exterior redesign, the 2010 4Runner is decidedly built for the adventurous, outdoorsy type. Those not inclined to this lifestyle shouldn”t despair however, as the Highlander is still a perfect fit for the non-outdoorsman.

This year”s 4Runner stands, along with the FJ Cruiser, as the most rugged looking models in Toyotas current stable, which is dominated by much blander, non-aggressively designed vehicles. Toyota has added larger wheels and tires, which not only improve off-road performance, but also serve to enhance the truckyness of the overall look. Despite this not so subtle design change, sharp creases, large wheel wells, aggressive headlamps, and flashy 4Runner badging keep the overall look of the “˜10 4Runner true to its ancestry.

Toyota offers the 4Runner in three trim levels; SR5, Trail, and Limited, all of which feature rugged new bumpers, wider shoulders, squared front-end fender flares, and a beefed up square rear bumper and back door that provide for a very powerful stance.

Of the three trim levels, the Trail is most explicitly suited for off-roading. It offers a higher ground clearance, unique hood scoop, 17-inch wheels, black outer mirrors, front and rear bumper guards, and dark smoke lenses on the head and tail lamps. Conversely, the Limited and SR5 packages offer more of a premium appeal with a chrome-plated front grille insert, fog lamp bezel, and front bumper molding. The side molding, roof rack, and rear bumper are also chromed.

We definitely have to say that we think that the 2010 Toyota 4Runner is the most attractive to date, and certainly better-looking than ToMoCo”s FJ Cruiser and rivals Honda Pilot, Jeep Wrangler Unlimited, and Nissan Xterra.

The 4Runner and the FJ Cruiser have strikingly similar interiors; they both offer a very rugged feel with a lot of off-roading button features (depending on the trim package), and large bulky controls that are controlled with ease even in the bulkiest of snowboarding gloves.

Set in the dash immediately in front of the driver sits the speedometer, tachometer, voltage meter, fuel and temp gauges, and a combination meter, which monitors multiple functions of the vehicle. Eco-Driving feedback, a system that is being increasingly put into use by Toyota, also sits in front of the driver. The system allows the driver to manage fuel consumption in real time.

On the SR5 and Trail trim packages, the center console houses the manual climate control switches, which is replaced by an automatic dual-zone system in the Limited. Other optionally available features are also housed in the center console and include; voice-activated touch-screen DVD navigation system with JBL AM/FM/MP3 4-disc CD changer, XM Satellite Radio, XM NavTraffic, USB port with iPod connectivity, integrated backup camera, and Bluetooth telephone and music support. Directly overhead are all of the off-road control switches, packaged into a nicely located hub that is out of the way yet easily accessible.

Passengers in the backseat will enjoy the additional knee space courtesy of the new sculpted front-seat, which provides for more ample room behind the seat-back. A third-row has also been added in the back of the vehicle, but for practical reasons, one shouldn”t expect to transport a fully-grown adult back there.

The fold-flat second-row seats, which fold without requiring headrest removal, nearly double the cargo space when down from 47.2 cubic feet to 89.7 cubic feet. The back also features a sliding cargo deck, which with its 440-pound capacity makes the loading and unloading of heavy items so much easier.

The cargo features aren”t only convenient for transporting however, as the sliding cargo deck is also used comfortably as seating (sheltered by the lifted hatch) for tailgate parties and camping. Designed with these experiences in mind, the 4Runner also features and audio setting called “˜Party Mode”, which raises the bass and transfers sound equalization to the rear of the vehicle, providing ample audio for those outside and behind the vehicle.

The features, space, and utility offered by the 2010 4Runner make the car extremely versatile and utilitarian; even more so than most-if not all-of the competition.

In a time when most manufacturers are shying away from authentic SUVs in favor of more fuel-efficient car-based crossovers, Toyota combined toughness and durability with the body-on-frame construction, making the 4Runner one of the true SUVs on the road today.

Being the versatile beast that it is, this vehicle is also offered in three separate drivetrain configurations; rear wheel 4×2, part-time 4×4 and full-time multi-mode 4×4 with locking center differential.

Depending on the model, the 4Runner comes equipped with either a 4- or 6-cylinder engine. The 4-cylinder has a displacement of 2.7L and comes equipped with VVT-i, making for 157 horsepower and 178 lb-ft of torque, which when mated to a 4-speed automatic transmission, returns an EPA estimated 18/23 mpg (city/highway). It is reported however, that Toyota may soon nix the 4-cylinder due to sluggish sales. Insiders say that the V6 accounts for well over 90% of the 2010 model”s sales since originally being offered to the public.

All 4×4 models come equipped with a 4.0L V6 mated to a 5-speed ECT-i automatic transmission, while 4×2 models come equipped with the 2.7L 4-cylinder engine and 5-speed ECT automatic transmission. Also standard on all 4×4 models is Toyota”s A-TRAC system and Downhill Assist Control (DAC); the A-TRAC system is able to distribute driving force to any one wheel making ground contact, which makes terrain irregularities and slippery zones virtually transparent to the driver, and the DAC is designed to augment the low-speed ascending ability of low-range by holding the vehicle to a target speed with no driver intervention needed.

The SR5 and Trail 4×4 models have a 2-speed, lever-operated, part-time system with neutral position, while the 4Runner Limited is equipped with full-time four-wheel-drive with a locking center differential which employs a three-mode, center console-mounted switch. Those who opt for the Trail, will enjoy the benefit of having the option of upgrading to Toyota”s Kinetic Dynamic Suspension System, which improves the terrain-following ability by disconnecting stabilizer bars to allow for more axle travel in difficult terrain. Standard on the Trail however, is Toyota”s Crawl Control, or CRAWL. CRAWL is an adjustable electro-mechanical system that can be tuned to match the terrain by selecting any of five speed levels. The Trail grade also features a Multi-Terrain Select system, which allows the driver to control wheel slip control, according to the terrain they might be on.

We took full advantage of the abilities of this truck, and were pretty comfortable taking the 4Runner on the aggressive, unstable terrains that we were able to find. Despite its truck heritage, the 2010 4Runner offers the same level of comfort that would be expected of any car-based crossover. That being said, the 4Runner is one vehicle that can be driven anywhere and everywhere, without fear of terrain or distance.

If you”re lifestyle is not one that necessitates the off-road capabilities of the 4Runner, we suggest you take a look at the Highlander which starts at $25,855, or $33,220 for the Limited. Whatever your needs may be, keep in mind that the 2010 Toyota 4Runner is one of the best true truck-based SUVs with its outstanding utility and ability to tackle any type of road conditions. 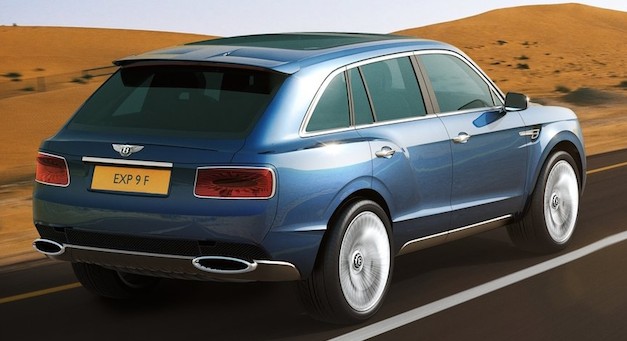