To celebrate Chevrolet American heritage, Chevrolet of Europe has created a one-off special version of the Spark subcompact known as the Spark Woody Wagon. The Spark Woody will make its debut at the 2010 Paris Motor Show next month

“The Spark Woody was created in the UK for Chevrolet using a three-quarter vinyl body wrap provided by Pyramid Visuals of Weybridge, whose speciality is normally in vans and shop frontages,” Chevrolet said in a statement. “Its roof is adorned with an Escape Mini-Mal surfboard, made in Cornwall, as its wood-effect panelling was in keeping with the car’s retro styling.”

Hit the jump for the press released to learn more about the Spark Woody.

Surf’s up dudes ““ and here’s the proof! Chevrolet, the manufacturer behind the market-leading 5-Year Promise aftercare package, has pulled the wraps off a one-off special version of its top-selling Spark supermini, created to celebrate the brand’s American heritage and connection to youth culture.

Spotted driving around Newquay, Cornwall, at the start of the annual Boardmasters surf, skate and music festival, the Spark Woody will go on to star at the grand final of this year’s Young! Creative! Chevrolet! arts competition, which takes place in Paris on the eve of the International Motor Show next month.

The car recalls the dawn of the surf movement in the USA, when, in the late Fifties and early Sixties, surfers bought ‘Woodies’. These were traditionally large estate cars based on mainstream models, but with timber framed bodywork, as they were both cheap and spacious enough to carry their boards and equipment.

Woody Wagons were immortalised in song, chiefly in The Beach Boys’ Surfin Safari and Jan and Dean’s Surf City, both widely regarded as two of the most famous surfing tunes ever.

Yet even when car makers stopped using wooden frames, an expensive and difficult production process, the Woody had become so much a part of American culture that its essence continued, with Chevrolet one of many US manufacturers who used Di-Noc woodgrained vinyl panelling to maintain the woody effect.

Chevrolet chose Newquay to show off the car for the first time, as the Cornish resort is famous across the world for its surfing culture ““ the Atlantic Ocean meets the British Isles at one of its narrowest peninsulas, which gives naturally excellent conditions for surfing.

The Spark Woody is one of a series of Art Sparks created by Chevrolet Europe in the past year. The first, a unique interpretation of the car by German fashion designer Smeilinener, made its debut at the final of the Young? Creative? Chevrolet Art Competition in Berlin last October, while other Art Sparks include a one-off WTCC leading car by Portuguese art student Jose Rocha, a YCC winner, and a Spark DJ Car ““ the world’s largest record turntable, created by Chevrolet UK this year.

A further Art Spark, created by 27-year old British artist Ian Cook, will appear later this month at Silverstone Circuit to coincide with the British Touring Car Championship meeting there, while the Spark Woody will make its next public appearance this coming weekend at Snetterton, again tied in to the BTCC. 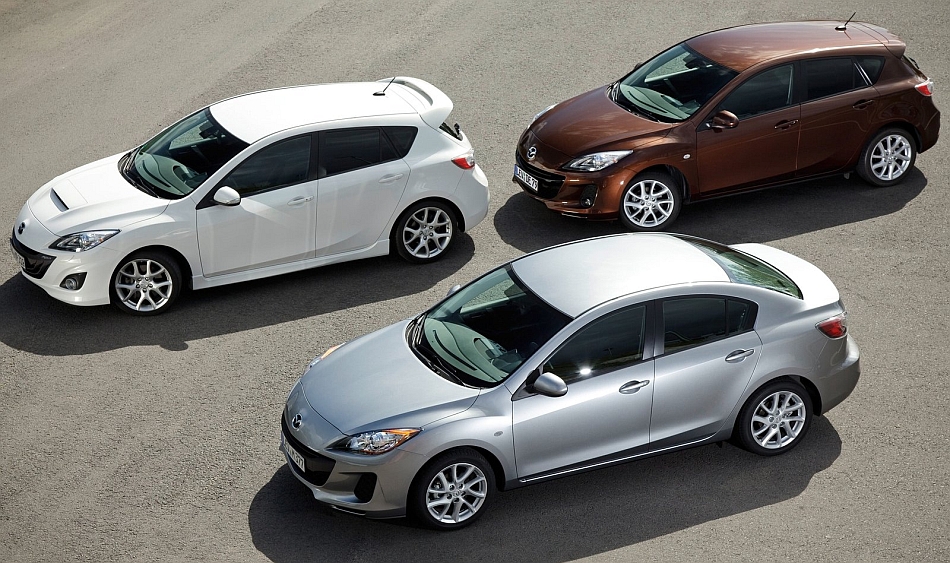 Report: Next gen Mazda3 to go on diet, Mazdaspeed 3 expected to return, diesel a possibility