Towards the end of the Bush Administration and even more pronouncedly in the Obama Administration, Washington””and the White House in particular””have been demanding more efficient automobiles from carmakers hoping to sell their products in the USA.

Click here to get prices on the 2011 Range Rover.

No matter what one”s take on these policy decisions, it is undeniable that certain desirable models are left out in the cold. One such model, the Land Rover TDV8, will suffer exactly this fate.

The 4.4 L engine meets Euro5 standards. Commendable, but US emission standards are equivalent to Euro6, which take hold in Europe in 2014. Land Rover will have to update the engine before the implementation of Euro6 policies, which will take hold in roughly the same timeframe as Land Rover”s next update, which LR have also announced to be released in 2014. At that point””assuming the US does not impose even more stringent standards””buyers can expect a V8, diesel Land Rover stateside. 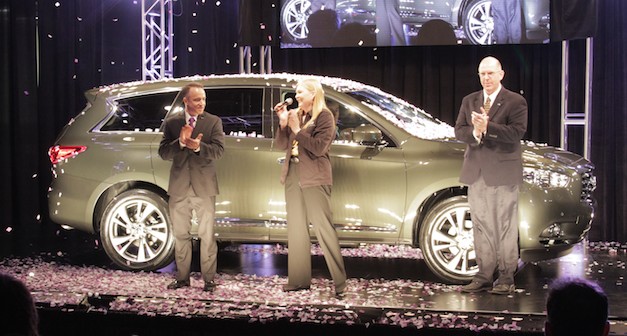 February 20, 2012 Omar Rana Comments Off on 2013 Infiniti JX production kicks off in Tennessee