BMW has, in recent times, powered its M series models with a V10 engine that can produce upwards of 500 horsepower- both the M5 and M6 had this engine. Now, though, BMW has chosen to retire the design for a some twin-turbo V8 goodness in the X6 M and the X5 M. The upcoming BMW M5 is also expected to drop its V10 for a twin-turbo V8.

In homage to the outgoing V10 monster, G-Power, a German tuning company focusing on BMWs, has beefed up a BMW X6 and managed to pull 888 hp from the 5.0 L V10, upped to 5.5 for their modified X6. The half-liter increase, combined with various other strengthening components in the engine, give the X6 a 4.2 second 0-60 time and a top speed of 205 mph – making it the fastest SUV in the world.

Handling increases, as well as various interior upgrades, finish off this phenomenal car. And, as happens with most phenomenal cars, the price tag is phenomenal in another sense: this ultra-fast SUV will set you back a spare $873,085.

With 900 HP and a top speed of more than 330 km/h, G-POWER is building the world’s fastest SUV based on the BMW X6 M in a limited edition of 5 units.

With the G-POWER X6 TYPHOON RS ultimate V10, G-POWER once again presents an automobile that can only be described with superlatives. The standard X6 M with its twin turbo-charged engine is already powered by an impressive power unit, but the standard BMW engine has not been capable of arousing emotions to the same way as the original M-POWER engine has been able to up to now. For this reason the engineers at G-POWER decided to fit the X6 M with the breath-taking performance of Formula 1 technology.

An appropriate powertrain to suit G-POWER’s philosophy was quickly found. A high-revving engine with direct throttle response is now showing a character which the 5.0 l V10 power unit produced by M GmbH inherited at birth.

“The intention behind the G-POWER X6 TYPHOON RS ultimate V10 is, besides the aim of building the world’s fastest SUV, to create a vehicle to do homage to M GmbH’s fascinating V10 power unit”, according to G-POWER’s Managing Directors Christian StÃ¶ber and Zoran Zorneke talking about the ultimate X6 M’s technical specification.

As with all the elaborately hand-built vehicles from the G-POWER manufactory, 100% orientation towards customer requirements as regards the interior finish and instrumentation and the strict limit on the numbers of each Edition is the key of the company’s thinking. The circle of clients among whom the G-POWER X6 TYPHOON RS ultimate V10 has been publicised clearly aims at solvent fans of the famous power unit which unfortunately will no longer be available in the foreseeable future.

In keeping with the dynamic presence of the TYPHOON RS wide-body kit, the G-POWER X6 TYPHOON RS ultimate V10 with its superlative power unit is the focus of everybody´s attention. To achieve this as a first step the BMW M5 5.0 l power unit was transplanted and comprehensively modified. The objective of the engine development at G-POWER was to bring out the best of the BMW Formula 1 characteristics hidden in the genes of the V10 power unit. The result was an engine without any equal in the world. Revving high, immediate throttle response and an explosive power output create a sensation of acceleration which otherwise only pure racing engines can achieve.

In addition, the G-POWER BI-compressor system (taken from the G-POWER M5 HURRICANE RR world-record vehicle) was developed one stage further and at the same time the cubic capacity of the BMW V10 power unit was increased from 5.0 to 5.5 litres. This means more space for the supercharged air from the twin ASA T1-316 compressors which will be cooled to optimum performance temperatures by the double-flow, water-cooled intercooler. This complicated aluminium casting replaces the standard air box on top of the engine, and its direct inlet is responsible for the spontaneous response characteristics which give the G-POWER motor its incomparable “Race Feeling”. The inner workings of the 10-cylinder, four-valve engine are optimised by light, precisely balanced MAHLE high-performance forged pistons with lower compression and increased mechanical strength. As the standard connecting rods and piston pins were equally not up to the considerably increased forces, here too, recourse was had to special parts. The forged, 7-bearing crank shaft is also a custom-made part which boosts the cubic capacity by 10% from 5.0 up to 5.5 litres. An optimised data map for the engine electronics rounds off the extensive modifications made to the V10 power train. The result is a peak performance of 900 HP / 662 kW at 8.000 rpm and a maximum torque of 870 Nm at 6.800 revs. This enormous power output is transmitted by a six-speed gearbox built by G-POWER to the rear axle. The automatic gearbox fitted as standard, just like the standard BMW xDrive all-wheel drive system, have been sacrificed to the G-POWER engineers’ objective of creating a pure-bred sports car in SUV clothing.

Powered like that it is an easy job for the G-POWER X6 TYPHOON RS ultimate V10 to claim the title of the fastest SUV in the world:The sprint to 100 km/h takes a mere 4.2 seconds. In less than 13.0 seconds this exceptional SUV is already up to 200. The top speed is over 330 km/h.

So that the future owner of one of only 5 G-POWER X6 TYPHOON RS ultimate V10s available in the world can enjoy the fastest speed achievable with an SUV in complete safety, distinctively shaped skirts and spoilers, front and rear, trimmed for maximum aerodynamic efficiency provide the necessary downforce. The elegantly curved G-POWER wings on the front and the rear make room for the 3-part 23″ G-POWER SILVERSTONE RS forged wheels: 11Jx23 at the front and 12Jx23 at the back. 315/25 ZR 23 high-performance tyres all round from the development associate MICHELIN ensure optimum traction and sports car handling.

Bringing the G-POWER X6 TYPHOON RS ultimate V10 from its top speed back to zero is the job of a high-tech brake system equipped with 410 mm carbon-ceramic brake disks and 6-piston callipers. This system allows a deceleration better than Earth’s gravity while at the same time this system gives a weight savings of 50% compared with a standard brake system.

In the vehicle interior, the weight reduction demanded by the sports car concept is continued. After getting rid of the heavy xDrive all-wheel drive and making use of titanium as the material for the exhaust system, the four ultra-light carbon individual seats in the vehicle interior complete the weight reduction programme. Overall is the car ca. 150 kg lighter than the standard version.

However, such asceticism does not mean that comfort has to be sacrificed. The work lavished on the cockpit is no less than that on body and engine and with hand-finished interior fittings underlines this automobile’s distinguished position. To this end the entire vehicle interior is fashioned in leather on a carbon structure. The style defined by the 4 carbon individual seats is emphasised by 2-coloured seams which tie in the leather on seats, instrument panel, interior door panels and last but not least on the A, B and C pillars. Door linings in leather and carbon manufactured in “CSL light-weight” harmonise perfectly with the new central console, equally made of carbon, which stretches up to the front seats and which encloses the high-end entertainment system. A tachometer reading up to 400 km/h, as well as the ergonomically shaped G-POWER sports steering wheel complete the G-POWER X6’s interior.

The G-POWER X6 TYPHOON RS ultimate V10 can be ordered for Euro 675 000.– (net) as a completely finished vehicle from the G-POWER manufactory in Autenzell. The edition is limited to 5 vehicles worldwide.

G-POWER was established in 1983 and has ever since exclusively focused on tuning BMW automobiles and producing exclusive one-of-a-kinds. In 2008, the brand celebrated its 25-year anniversary and today, it is one of the most renowned providers on the global market. By developing the world-wide strongest versions of the most important BMW engines in-house, G-POWER significantly stands out from its competitors. G-POWER holds various world records and its 800 hp strong BMW M5 Hurricane RR is the fastest limousine in the world. G-POWER is holding the High-Speed record for over two years now. 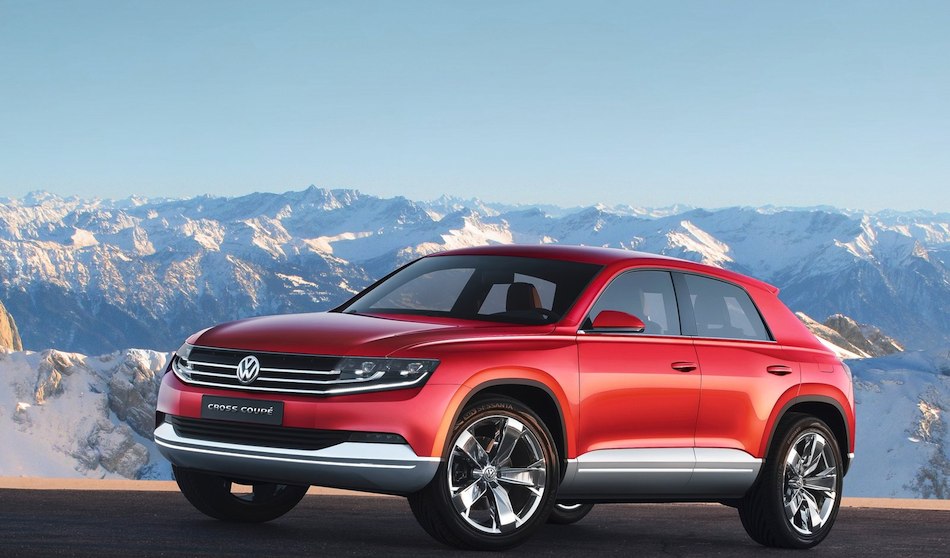 Report: Details of Volkswagen’s next Tiguan, and other “mini-crossovers” emerge, new Tiguan by 2014

September 7, 2012 Omar Rana Comments Off on Report: Details of Volkswagen’s next Tiguan, and other “mini-crossovers” emerge, new Tiguan by 2014 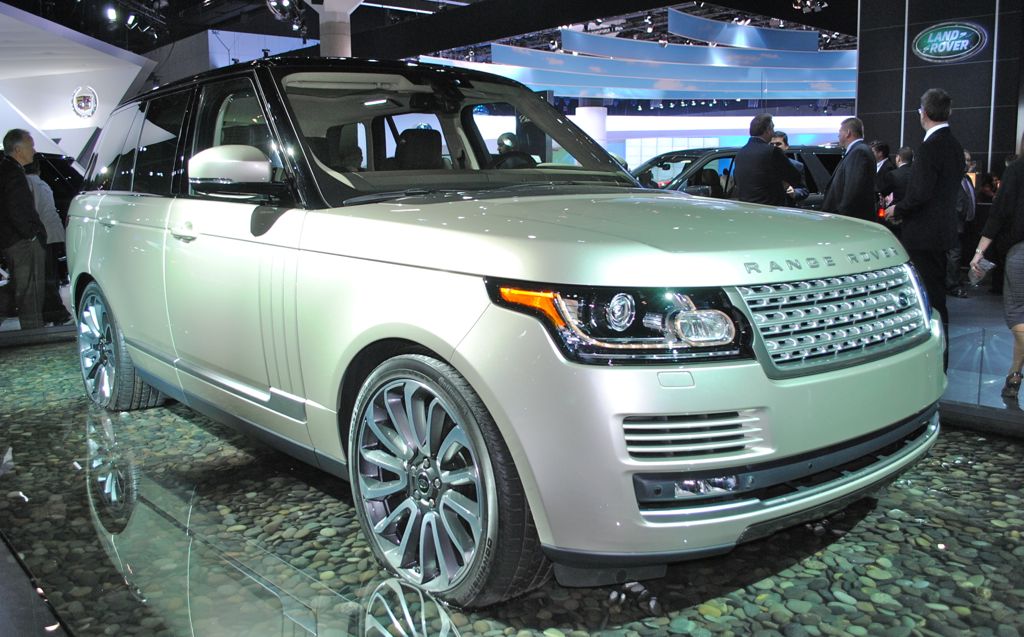