Jaguar today dropped the first image and details on its high(er)-performance Jaguar XKR 75, which will debut at the 2010 Goodwood Festival of Speed on July 2. The model celebrates Jaguar’s 75th anniversary and delivers a combination of increased performance, stronger chassis and better steering control along with higher grip levels.

“We conceived the XR 75 as a sports car with a duality of character that makes it perfectly suited to driving across Europe to the Nurburgring, completing some very fast laps, and then driving home again, added Mike Cross, Chief Engineer Vehicle Integrity.

Jaguar will only produce 75 units for the UK market.

“¢ XKR 75 to celebrate Jaguar’s 75th anniversary
“¢ Only 75 will be produced making it one of the most exclusive and exciting XKR’s
“¢ Higher performance than standard XKR – 0-60 seconds time of 4.4 seconds and a top speed of 174mph
“¢ Power and torque increased to 530PS and 655Nm respectively
“¢ Upgraded handling and suspension package for increased precision and agility
“¢ Sports exhaust with improved acoustics to match performance

An exclusive XKR ““ the XKR 75 ““ will make its debut at the Goodwood Festival of Speed on July 2.

Jaguar Land Rover’s new CEO, Dr Ralf Speth, initiated the challenge to the Jaguar engineering team to construct an XKR to celebrate Jaguar’s 75th anniversary, which would deliver a combination of enhanced performance, superb chassis and steering control and grip levels to inspire the driving enthusiast to explore the true potential of the XKR’s capabilities.

Mike O’Driscoll, managing director, Jaguar Cars, said “”The XKR 75 will provide owners with exclusivity, excitement and a hint of Jaguar’s great heritage. This is a fitting way to celebrate the sporting credentials of the XK marque in the 75th year of the Jaguar name”, he continued.

Jaguar engineers increased the power and torque of the acclaimed 5.0-litre supercharged engine to 530PS and 655Nm respectively for the XKR 75, to deliver truly outstanding performance. While the limited edition model’s top speed is electronically limited to 174mph (280km/h), the XKR 75’s 0″”60mph (100km/h) acceleration time is reduced from 4.6 to 4.4 seconds compared to the standard 510 PS XKR.

Using the rigid lightweight aluminium architecture of the XK as a solid foundation, the increased power of the XKR 75 is matched by an agile, dynamic chassis that handles supremely, rides exceptionally well and stops with surefooted reassurance time after time.

And with an improved acoustics package for the semi-active sports exhaust, the XKR 75 produces a pulse-racing growl to match its performance.
The car’s driver-focussed character, however, has not been achieved at the expense of the Jaguar traditional values of refinement and comfort.

The XKR 75 features a new Stratus Grey finish. Red brake callipers contrast the eye-catching 20-inch gloss Vortex forged lightweight alloys with a dark technical finish and diamond turn. Customers will have the option to apply a unique body graphic that runs from the front bumper to the rear haunches.
The XKR 75″s interior completes the driver-focussed performance environment finished in Charcoal with ivory stitch, piano black finish to facia and centre console and a Jet suedecloth headlining.

Production of the XKR 75 will be limited to just 75 vehicles, which will be available to order from July 2010 in the UK priced from £85,500 OTR. Customer deliveries will commence during October. 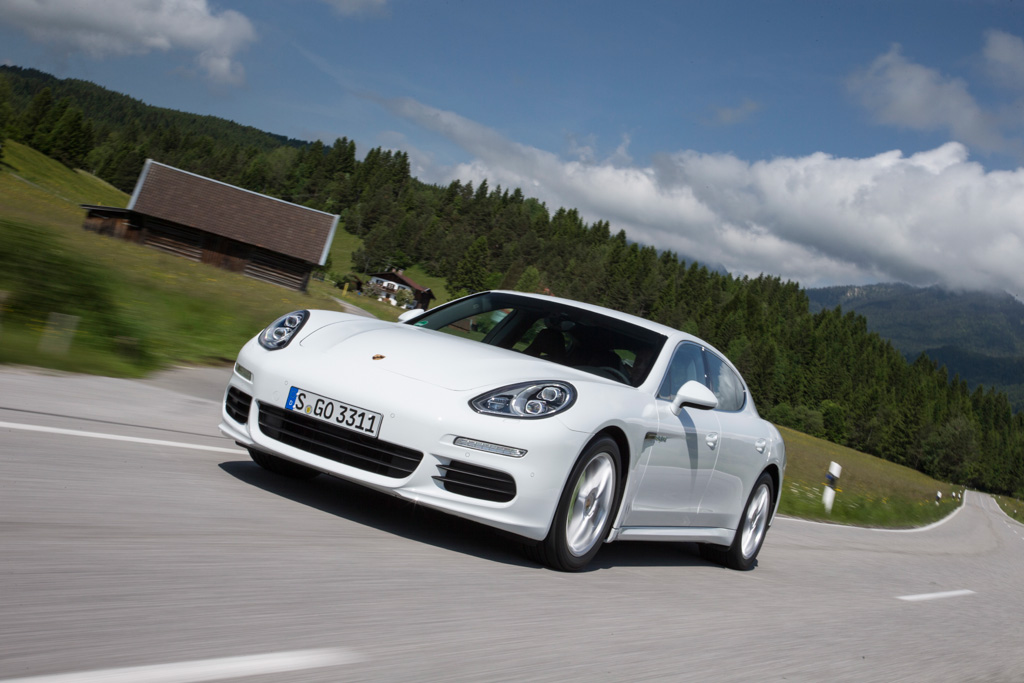 Report: Expect a Porsche Pajun Concept at Frankfurt this year

July 29, 2015 Chris Chin Comments Off on Report: Expect a Porsche Pajun Concept at Frankfurt this year