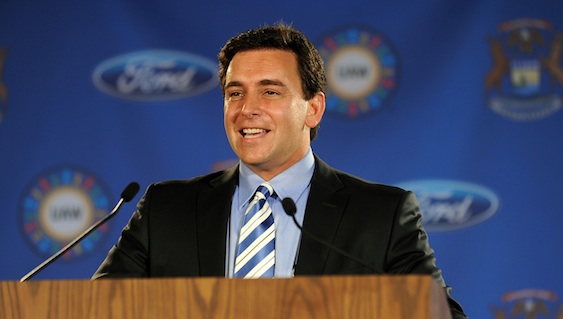 FoMoCo announced today that it is investing $135 million to design, engineer and produce key components for its next-generation of hybrid-electric vehicles.

Ford will be moving work currently performed in Mexico by a supplier to its Rawsonville Plant in Ypsilanti, Michigan, which will assemble the battery packs beginning in 2012. The Dearborn automaker’s Van Dyke Transmission Plant in Sterling Heights will build the electric drive transaxles starting in 2012 from a supplier facility in Japan. The two plants will add a total of 170 jobs.

The move will make Michigan the center of Ford’s vehicle electrification, which now includes the design and manufacture of electrified components as well as total vehicle manufacturing for hybrids, plug-in hybrids and battery-electric vehicles. Ford will be adding more than 50 engineers to work as it brings these technologies in-house.

Ford plans on launching five new full-electric and hybrid vehicles in the compact, mid-size and LCV segments for North America by 2012 and in Europe by 2013. The lineup will consist of the Transit Connect Electric, which goes on sale later this year in North America. The Lincoln MKZ hybrid will arrive this fall followed by the Focus Electric in 2011. A next-generation hybrid and plug-in hybrid based on the company’s global C-car platform will debut in 2012 followed by the C-MAX electric and plug-in hybrid electric model for Europe in 2013.

YPSILANTI, Mich., May 24, 2010 ““ Ford Motor Company ““ moving to create a center of excellence in Michigan for vehicle electrification ““ today announced it is investing $135 million to design, engineer and produce key components for the company”s next-generation hybrid-electric vehicles.

Ford engineers in Dearborn will design the battery packs while engineers in Livonia will design electric-drive transaxles for the next-generation hybrids, based on Ford”s global C- and CD-car platforms, which go into production in North America in 2012.

“Electrified vehicles are a key part of our plan to offer a full lineup of green vehicles, and we are building a center of excellence in the U.S., here in Michigan, to keep Ford on the cutting edge,” said Mark Fields, Ford”s president of The Americas. “Today”s announcement is another important step in our larger strategy to launch a family of hybrids, plug-in hybrids and full electric vehicles around the world.”

Ford”s Rawsonville Plant in Ypsilanti, Mich., will assemble the battery packs beginning in 2012, moving work to Michigan that is currently performed in Mexico by a supplier. Ford”s Van Dyke Transmission Plant in Sterling Heights, Mich., will build the electric drive transaxles beginning in 2012 from a supplier facility in Japan. Ford is adding a combined 170 jobs at the Rawsonville and Van Dyke facilities to build these key components.

“I am proud of the tremendous success of the UAW and Ford in working together to keep good manufacturing jobs in the U.S.,” said Bob King, UAW vice president, National Ford Department. “We are pleased that both Rawsonville and Van Dyke Transmission have been selected to produce these important components for Ford’s next generation hybrid-electric vehicles. These new products will help the community and local economy in Michigan by creating 170 new direct jobs at Ford and hundreds of other supporting jobs in the community, while helping to reduce emissions that cause air pollution and global warming.”

Center of Excellence in Michigan
Ford”s creation of a center of excellence for vehicle electrification in Michigan now includes the design and manufacture of electrified key components as well as total vehicle manufacturing for hybrids, plug-in hybrids and battery-electric vehicles. Ford is adding more than 50 engineers to work on electrification as we bring these technologies in-house. By physically bringing research, engineering and manufacturing closer together, Ford, its suppliers, universities and related industries can drive both innovation and job growth in this evolving form of transportation.

Ford”s in-house team will design and engineer the advanced lithium-ion battery systems powering its next-generation hybrid vehicles. These battery systems will be designed specifically for the company”s next-generation hybrids, including the new global CD-car platform hybrid and the new global C-car platform hybrid, which will be built at Ford”s Michigan Assembly Plant in 2012.

To support battery pack assembly at the Rawsonville Plant, Ford will invest approximately $10 million in capital equipment and add about 40 jobs. Ford”s investment also supports the necessary engineering and launch costs for the advanced battery systems.

“Southeast Michigan has the talented, skilled work force that can turn 21st Century visions into reality. I am delighted that Ford will expand its presence in our area with a new operation critical to the company”s future,” said U.S. Congressman John Dingell. These are the jobs that will revitalize our region, strengthen our environment and allow us here in Southeast Michigan to power the high-tech economy of the 21st Century. This is the kind of announcement that shows the green shoots of our economic recovery.”

To launch the new transaxle, Ford will add engineering and production jobs in Southeast Michigan, including about 130 manufacturing jobs at its Van Dyke facility, while investing about $125 million. The investment includes a grant received from the Department of Energy to help create green technology jobs in the U.S. This investment includes manufacturing capital equipment, launch and engineering costs and supplier tooling upgrades, all required to support the production launch of the HF35 transaxle.